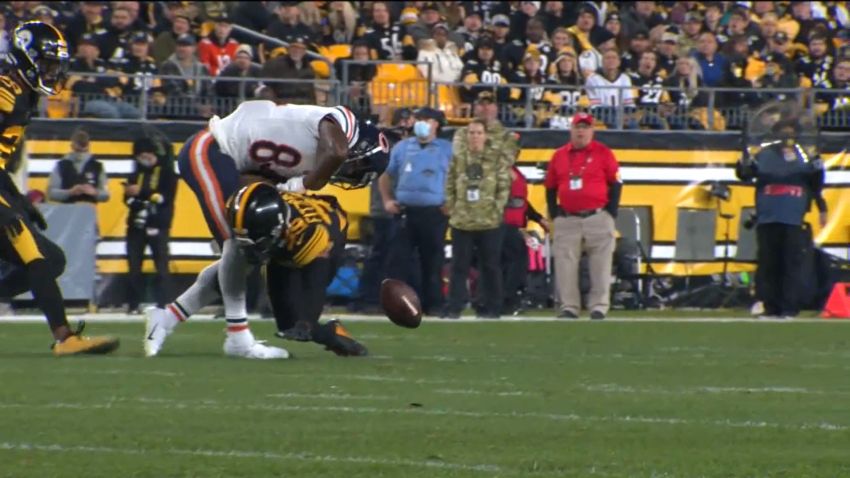 The NFL’s tackle statistics only go back to 2001. Even Pro Football Reference’s tackle numbers go as far back as 1987, and those numbers are thoroughly incomplete. With all of those caveats out of the way, and please bear that in mind, as best as I can tell without access to other data, Pittsburgh Steelers safety Minkah Fitzpatrick has recorded more tackles this season than any other defensive back in franchise history—so far as we can tell.

The Steelers have had 39 individual seasons since 1987, based on Pro Football Reference’s data, in which any player has recorded at least 100 tackles. Needless to say, the vast majority of them are inside linebackers, and the top 10 is dominated by James Farrior and Lawrence Timmons.

Clark himself had recorded 100 or more tackles in a single season three times, and was the only player to do it from the defensive backfield before Edmunds since Rod Woodson recorded 100 tackles in 1992. Now, Fitzpatrick has the sixth 100-tackle season from a defensive back, and he’s blowing the record out of the water.

After two straight games of double-digit tackles, the fourth-year veteran free safety now has 114 on the season, which is the 15th-most of any player in franchise history in a single season. With two games left to play, he could realistically climb into the top five.

The Steelers’ single-season franchise tackle record is 141, set by Farrior in 2003. Both Farrior and Timmons have two seasons in which they recorded 130 or more tackles. Farrior’s 128 tackles in 2006 is the fifth-most; Fitzpatrick would need 15 tackles over the final two games to surpass that.

Of course, it’s not a good thing when your free safety, who plays a traditional free safety role, is recording 100-plus tackles in a season, and especially when he’s done it in just 14 games played. The Steelers shouldn’t be celebrating the fact that Fitzpatrick is putting up these numbers, because it points to major lapses in the defense.

Nevertheless, he himself deserves individual credit for his efforts, because his numbers mean things could have been a lot worse. His tackling has only gotten better over the course of the season, and has saved more than a couple big plays.