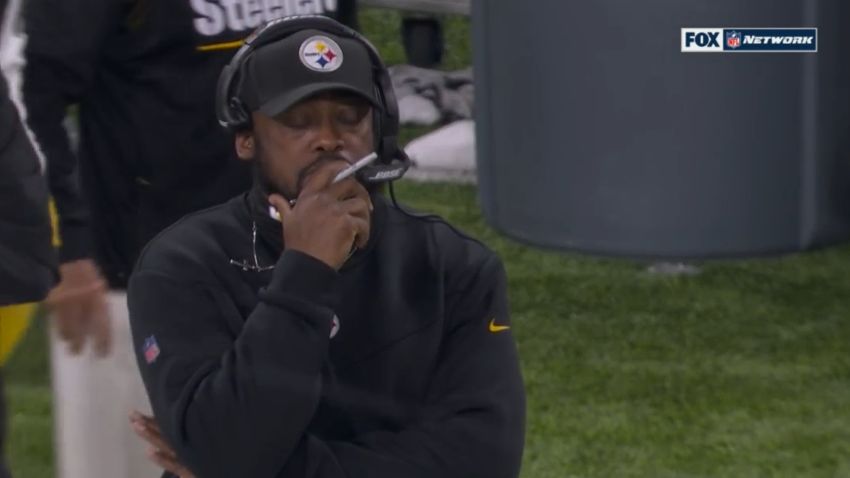 There weren’t too many people in uniform last night who did not play on offense or defense in yesterday’s game. On the offensive side, you had Mason Rudolph, Kevin Rader, and perhaps a couple of linemen and running backs. Defensively, I think only Ulysees Gilbert III actually did not play.

That wasn’t necessarily the plan going into the game, but it was an adjustment that they were prepared to make if necessary. Head coach Mike Tomlin deemed it necessary based on what he was seeing, getting opportunities for guys like Buddy Johnson and Marcus Allen, Miles Killebrew, Justin Layne, and Rashaad Coward even rotating with John Leglue.

And James Washington played more than he usually does thanks to Chase Claypool’s struggles, Tomlin acknowledging that he benched the second-year receiver after a stupid penalty that cost the offense on the opening drive. But he was far from the only personnel adjustment, and the head coach explained why.

“We’re not whooping enough tail, you know? We’re not striking enough. We’re not making the pile fall in the right direction enough”, he told reporters after the game when asked about his approach. “I’d be remiss, I’d be doing that group a disservice if I didn’t look at all options, and Buddy’s an option that has worked, so I played him some”.

When asked if the snaps for Marcus Allen were similar in purpose to those of the rookie Johnson, he said, “Same. Same. We will not be bashful about turning the stones over”.

It does not, however, apply to the coaching staff, so don’t expect a shuffling of the deck there any time soon. This performance he was leaving at the feet of his players for their poor execution, in explaining the personnel changes. “A coach hasn’t sustained a play, sustained a block, made a tackle. I know I haven’t in a long time”, he said.

The one thing that can be said about the Steelers’ performance last night is that they did not give up. Players on both sides of the ball continued to fight, and to make plays, and it at least made the game interesting in the end.

The Steelers were within striking distance of the end zone in a one-score game with time left on the clock. They had a fair chance at a shot from playable range at a touchdown as time expired, and the throw was there.

What this means for future weeks remains to be seen. The coaching staff has extra time off before their next game to figure that out. With Johnson now cracking the lineup, will he be a viable option to see time over, say, Devin Bush? Would Robert Spillane’s return make that a moot point?