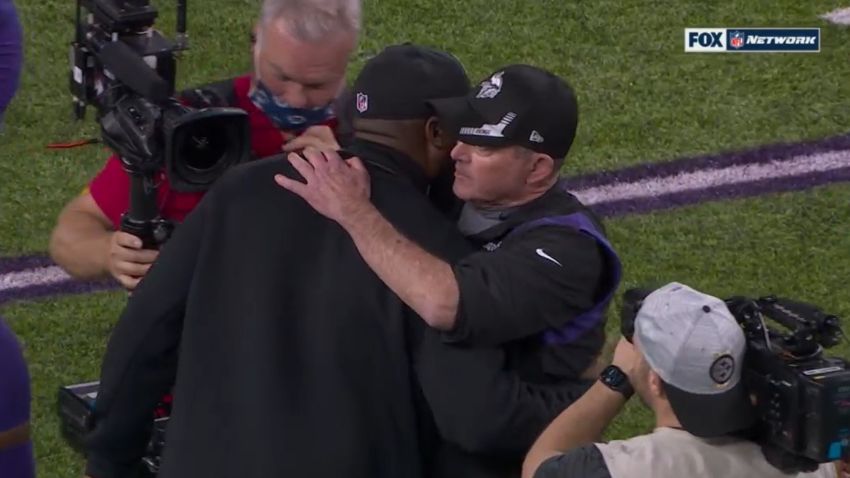 There have been questions raised over the course of the past two weeks about two-point conversion attempts and when you should be going for them, especially if you are trailing by multiple scores. It came up last Sunday when the Baltimore Ravens decided to try to win a game, down one, on a two-point conversion with seconds to go.

It came up for the Ravens again in a different context when they were down multiple scores. And it happened with the Pittsburgh Steelers in their last game. Down 15 points, head coach Mike Tomlin decided to go for a two-point conversion after the first touchdown, rather than waiting to attempt one when absolutely necessary.

As he told reporters earlier today, however, it wasn’t just based on knowing as soon as possible how many more times they would have to score, at the minimum. Driven in part by the context of the game, on a short week on the road, he had other motivations in mind, calling his decision-making “part analytics, part feel”.

“Particularly in that instance, I wanted to be aggressive and go for the win, and so in an effort to do that, I think we needed two two-point conversions”, he said. “The first two scores that we got, we kicked the extra point. The third score we got, we went for two in an effort to set up the potential to play for the win on the last one if necessary”.

The Steelers trailed 29-0 by the middle of the third quarter. They quickly picked up two touchdowns to make it 29-14. After scoring just minutes later, that is when they attempted to go for a two-point conversion the first time, which would have made it 29-22, a seven-point game.

“It’s just the mindset I had in those circumstances. I thought we were too thin in the line of scrimmage to go into extra time, and so I did it with that understanding”, he said, which was similar reasoning to Ravens head coach John Harbaugh in playing for the win following in-game injuries in the secondary.

Tomlin was insistent both on Thursday night and this Tuesday afternoon that the Steelers played poorly in the trenches, and they also lacked depth, as well. Rashaad Coward and Chaz Green dressed as reserves on offense, for example, with John Leglue already starting. The defensive line has been thin for a while.

“But again, I never make those decisions based purely on one set of variables or one equation, whether it’s analytics or specifically of feel. It’s a multitude of variables and game circumstances, and that’s always the case”.

The Steelers, of course, ended up in a position to need a second successful two-point conversion just to tie the game, after missing the first one and allowing the Vikings to score another touchdown. But they did nearly come back, with a potential touchdown into the end zone being the final play of the game, which was not completed. And now we’ll never know if they would have converted.