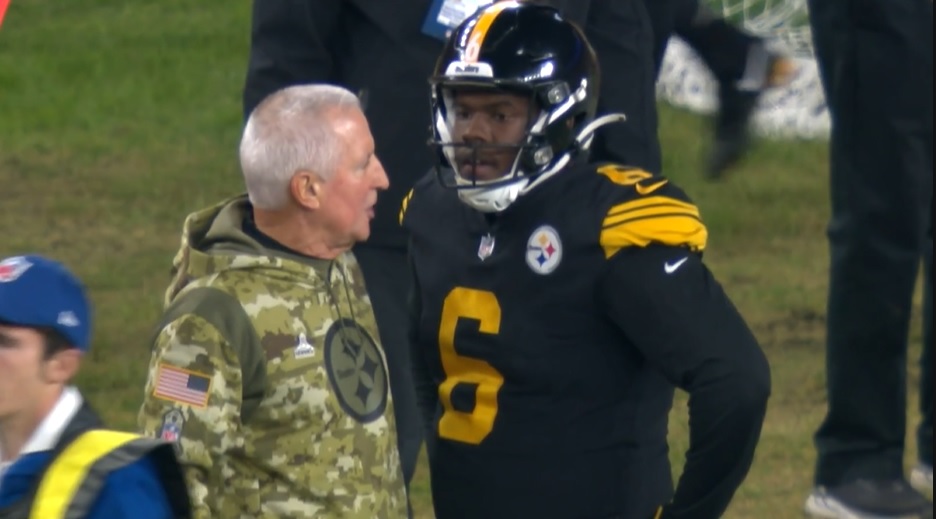 Mike Tomlin has no plans at making a change at punter. Despite rookie Pressley Harvin III’s struggles this season, and in particular Sunday against Tennessee, Tomlin did not waver one bit when asked if the team had lost confidence in him. Speaking during his Tuesday press conference, Tomlin said they’ll work with Harvin to turn his season around.

“He and we smile in he face of adversity,” Tomlin told reporters via Steelers.com. “And we’ll send him back out there. We’re going into Game 14 or so. This guy hadn’t played 14 games at Georgia Tech so he’s facing the challenges that most rookies face that are significant contributors wire to wire like he is. There’s going to some ups and downs during the course of journey.”

Harvin’s 43.3-yard average this season is one of the league’s worst, 27th in the NFL. His net punting ranks even worse, 28th at 38.1 yards per punt. They’re big steps backward from what the team got via Jordan Berry in 2020, 45.8 yards per punt with a 40.5-yard net. Of course, Berry was a veteran and Harvin a rookie. It’s fair to assume Harvin may be dealing with a tired leg. Not only has he punted all 14 games this season, and the Steelers’ offense has required a lot of punting (Harvin’s 62 attempts are sixth most in the league), he also punted throughout the preseason and during training camp. Any rookie, even punters, can hit the rookie wall.

Harvin also is dealing with personal issues, recently posting about his ill father, which can certainly have an impact on the field. Harvin struggled mightily against the Titans, with two punts traveling 32 and 27 yards while another was returned 55 yards. His net average against Tennessee was just 30.2 yards on five punts.

Tomlin noted his veteran perspective as a coach, watching over rookie classes since 2007, is allowing him patience in the hopes Harvin turns things around.

“I have the perspective of being in the job a long time and having an understanding relative to that. We’re committed to him and his talents. We’re going to keep sending him back out there. We expect him to work his way through it.”

Field position will be crucial over the team’s final three games. The last thing Patrick Mahomes needs is a short field to work with. And AFC North games against Cleveland and Baltimore will likely go down to the wire, where things like field position can make all the difference. Harvin has had a poor rookie season overall. But he can save a little face and enter 2022 on a high note with a couple of impressive outings the rest of the way.