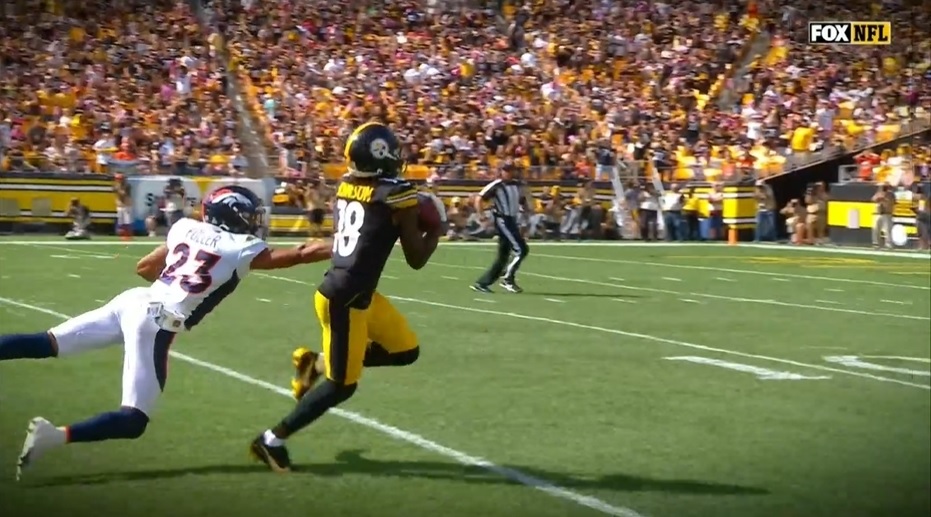 The Pittsburgh Steelers are 24th in the league in scoring offense, averaging just 20.4 points per game, and coming off of a game in which they scored just 10. They also average just 5.0 yards per play, ranking 27th, and 24th in expected points. They rank 17th in red-zone offense, although they are in the top 10 on third down.

Put all of those numbers together, and then consider that they rank 25th in the league in yards per drive, and you start to paint a picture of what this offense is, and what it’s capable of—or not. This is not an offense that is going to be able to have consistent success with extended drives. They need the big play to move them down the field.

“We all need to find that rhythm of making those plays. We need some of those chunk plays”, offensive coordinator Matt Canada said earlier today, via the team’s media department. “If you look back a couple weeks ago, I think we had a 13-play drive and a 14-play drive to start the game. There’s some real good in the fact that we were able to run that, but that is a challenge, over and over”.

Simply put, the Steelers offense does not have the kind of consistency of execution, nor in play-calling, to be able to rely on the short ball. They’re not going to win many games if they can’t push the ball down the field, because they’re not going to score enough when they’re bound to have a missed execution—including pre- and post-snap penalties—that stall drives. It’s why the Steelers are top 10 in punts.

“Those big plays are necessary to not make it have to be quite as long as a drive”, Canada added. “There’s a lot of perks to that, long drives—we have to score. There’s no doubt about that. I understand that. But consistency is there at times, but it has to be there more often. We’ve got to make plays. There’s key plays in the games that we all see, that I’m sure you all talk about, that’s how it works. We have to make those plays, and minimize negative plays, as we can”.

Now, the Steelers do have talent. Diontae Johnson has really stepped up this year, and as long as you can look past his overtime fumble, when healthy, he’s been the closest thing to reliable. He’s got 68 receptions now for 809 yards and four scores, with 40 first-down receptions, including 14 on third and fourth down, which has included two double-explosive-play touchdowns of 45 and 50 yards.

Then you have the rookies, Najee Harris and Pat Freiermuth. The good news there is that they should only become more dependable with experience, but they are already fairly solid in that regard. As for the rest of the supporting cast, particularly the offensive line, and, well, let’s just say it, the man under center? There’s nothing they can do about that this year.