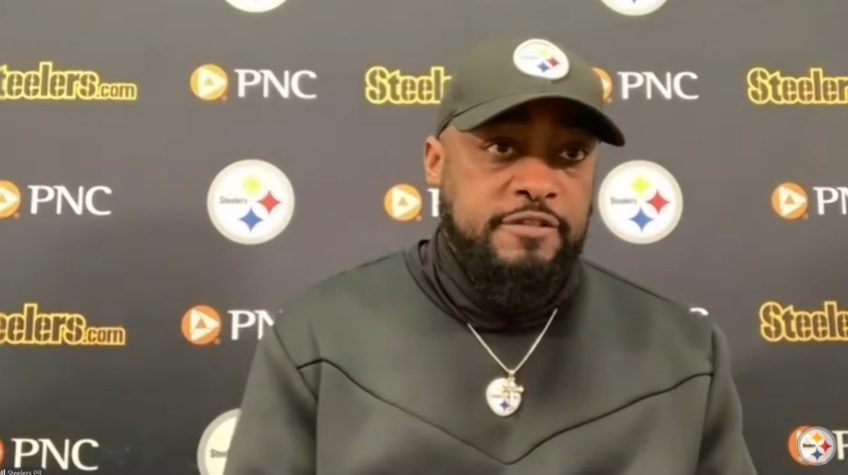 Since defeating the Chicago Bears on Nov. 8 in a Week 9 game, the Pittsburgh Steelers have endured a 2-3-1 stretch that has dropped them from 5-3 and in pursuit of an AFC North title to fighting for one of the final spots in the postseason. On Sunday, that stretch was worsened to 2-4-1 with a 36-10 blowout loss to the Kansas City Chiefs.

Sunday’s Week 16 game was another that featured the same calling card of the previous six contests: A very slow start from the Steelers, which led to a lopsided first half and forced them to play catch-up for over three quarters. In particular, it was the third consecutive road game in which the Steelers were blown out in the first half, this time by a 23-0 score that eliminated much of the possible drama from the remaining two quarters.

The Steelers will play at home next week against Cleveland, but then are on the road at Baltimore in a game they would almost assuredly need to win to secure a playoff spot. From there, any postseason contests would also be on the road. With at least one more road contest left for this season, head coach Mike Tomlin was asked about his team’s struggles starting games on the road, in a postgame press conference shared by the team.

“We hadn’t done much on the road, I think you said it. We’re taking too long to warm up to the environment, and so it’s been an issue,” Tomlin said. “Obviously it’s not going to be an issue coming up this week, we’ll be at Heinz Field, but I acknowledge it’s been an issue for us.”

Kansas City was the second consecutive road game in which Pittsburgh trailed 23-0 at halftime. Two weeks prior, the Steelers faced the same deficit against the Minnesota Vikings. But while the team nearly completed a historic comeback against the Vikings, losing 36-28, they did not put a rally together on Sunday, kicking a field goal down 30 and then scoring a touchdown with under three minutes left in garbage time.

Before the games against Minnesota and KC, there was a 31-3 first-half deficit against Cincinnati, which ended in a 41-10 loss. The team’s remaining road games have also seen halftime deficits this season, though by lesser totals. The last time Pittsburgh led at halftime in a road game was in Week 11 of last season, against Jacksonville.

Slow starts have also appeared in home games, with that Week 9 contest against the Bears the most recent one in which Pittsburgh led after two quarters. Week 16 was not the week for them to break that streak, after a first half where the team’s drives ended with a pair of punts, an interception, a turnover on downs, and a missed field goal by Chris Boswell (one final drive went only three plays before the half ended).

“Like I said it’s a myriad of things so it’s going to require our attention. Obviously by the next time we get in a road game environment man, there’d better be some changes.”

That road environment will come on Jan. 9, 2022, against Baltimore. That game, currently scheduled for 1 p.m., currently holds a lot of importance both in the postseason picture and in the race for the AFC North. The Ravens’ loss to Cincinnati on Sunday dropped them a game back of the Bengals for the title, and also temporarily out of the playoffs before Pittsburgh’s loss elevated them back in to the final spot.

However, Pittsburgh faces a must-win contest before that at home in Week 17 against Cleveland, on Monday Night Football. The loser of that contest is eliminated from postseason contention.