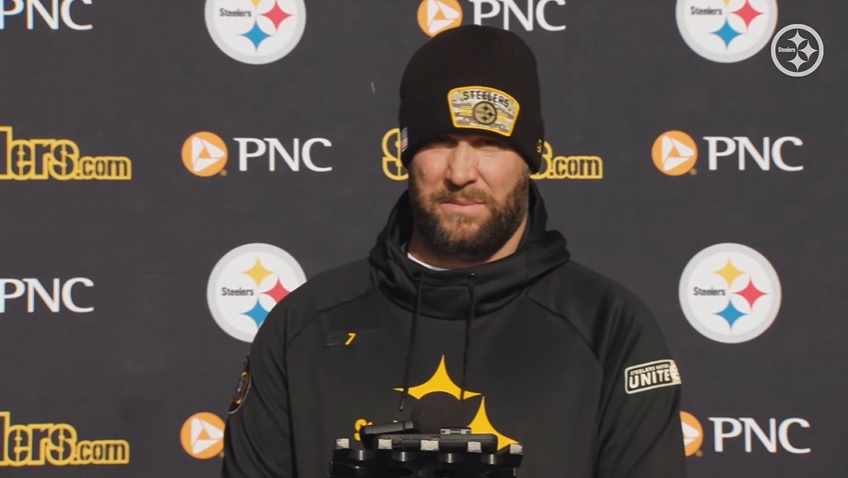 There’s usually one game per season you “burn the tape.” Turn the page, move on, focus on the next game. That was Sunday’s performance against the Cincinnati Bengals. And Ben Roethlisberger is moving on, making that sentiment perfectly clear during his Wednesday meeting with the media.

“Someone once said, games like this are like bubble gum,” he told reporters via Steelers.com. “You chew them for little bit, you spit them out. That’s kind of what I’m doing so I’m moving on. I have no comments about last week because it’s like bubble gum that’s been spit out.”

The Steelers came out flat, offensively and defensively, trailing 31-3 at halftime before losing 41-10. It tied for the worst loss of Mike Tomlin and Ben Roethlisberger’s Steeler careers, equaling a 31-point loss to the Philadelphia Eagles in 2016. In fact, Roethlisberger never even lost a game in college by the 31 points he did Sunday, and his Miami (OH) teams played the likes of Iowa, Michigan, and LSU.

For Roethlisberger and the rest of the team, the focus shifts entirely to the Baltimore Ravens. If Pittsburgh wins, their season will have life. If they lose? Stick a fork in them.

“We’ve kind of put ourselves in that. Every game has to be the most important game of the year. We all need to approach it that way.”

Beating Baltimore will be a tall task that will require the Steelers’ offense to be much less dysfunctional than it was last Sunday. From a fundamental level, snaps must be better, receivers must catch the ball, run correct routes, and offensive linemen can’t pull into each other, a scene out of your local youth game, not the NFL.

Miscommunication over which side this run is going to. BJ Finney and Trai Turner pull and run into each other.

I am sad. #Steelers pic.twitter.com/CRfdU3gYOW

Roethlisberger repeated the “moving on” mantra throughout his interview.

Pittsburgh will attempt to move on this weekend, hopefully with lessons learned from Sunday’s ugly performance. Because when you spit out gum, you better watch where you step. Or else that gum is just going to get stuck to the bottom of your shoe.