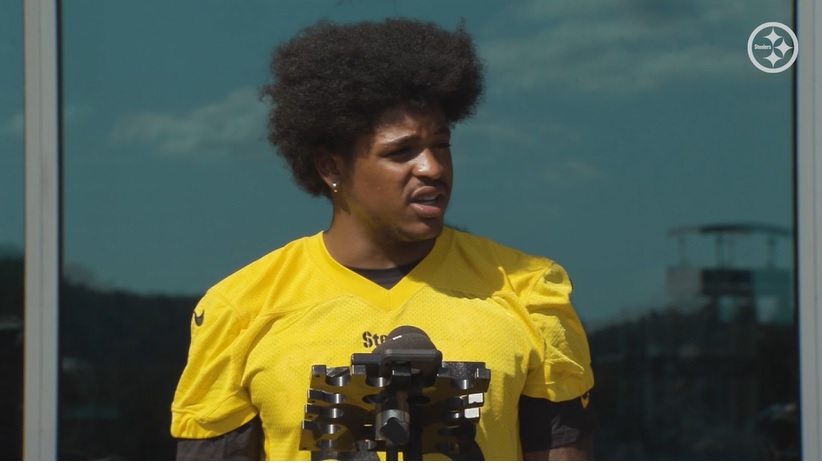 In a typical Sunday-morning news dump, CBS’ Jason La Canfora reports growing frustration with Pittsburgh Steelers’ linebacker Devin Bush, struggling mightily this season one year removed from a 2020 ACL tear. While La Canfora’s report mostly repeats the obvious, that Bush has not played well this season, his says the Steelers have spent all season trying to put him in a better position to succeed, including removing signal-calling responsibilities in order for Bush to focus on his play.

“Bush suffered a serious knee injury his rookie season and has not been the same. The Steelers altered his role this year to try to facilitate his adjustment, with him not wearing the green dot and in-helmet communication with coaches, alleviating the need to get others aligned and allowing him to focus on his play. But things are not trending in a positive direction for Bush…”

Pittsburgh traded for LB Joe Schobert this summer and the Steelers haven’t used Bush in many dime packages, opting to use Robert Spillane under the explanation that Spillane is the more effective blitzer. La Canfora goes on to say the team is unsure of how to get Bush back on track.

“Bush has struggled mightily this season, caught out of position at times and often over-eager to make a play, leading to him being benched occasionally and prompting questions about how to better unlock him, sources said.”

Little the team has done has improved Bush’s play. If anything, he’s regressed since the season began and played two of his worst games the last two weeks against the Los Angeles Chargers and Cincinnati Bengals. It’s highly unlikely the team picks up his 5th year option. Should they decline it, 2022 will be the final year on Bush’s rookie contract and it’s possible the team begins to search for his replacement.

On the year, Bush has 51 tackles, two sacks, and one forced fumbles across ten starts. But the box score doesn’t match his struggles on-tape, failing to get off blocks and make splash plays. Despite being a great athlete, he’s struggled in coverage and hasn’t built upon the strides he made as a sophomore pre-injury.

With Spillane out this week due to a knee injury and COVID, Bush is likely to make another start. Nothing in La Canfora’s report suggests the team will make a change to Bush’s role. Of course, we’ll get a better feel for that this afternoon when the Steelers take on the Baltimore Ravens. If Pittsburgh wants to turn to other options, they could look at Marcus Allen, Ulysees Gilbert III, or rookie Buddy Johnson.