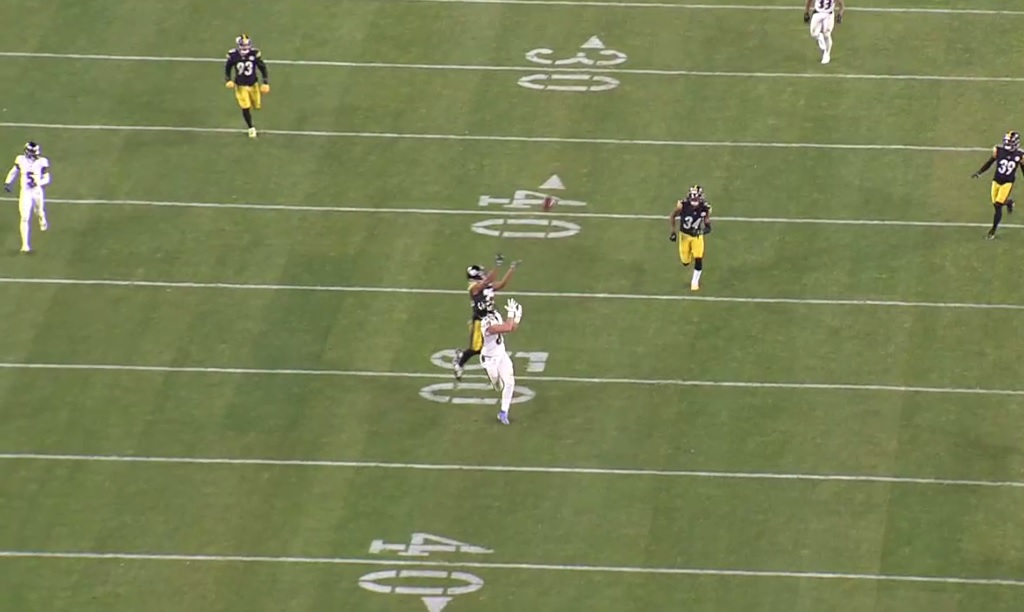 Much has been made about CB Ahkello Witherspoon’s opportunity, and more importantly, his play in Sunday’s win over the Baltimore Ravens. After being glued to the bench for most of the season, Witherspoon got his name called and responded with a solid performance, highlighted by a crucial 3rd and 15 breakup midway through the fourth quarter.

Speaking to reporters Tuesday, Keith Butler said a greater urgency in Witherspoon’s approach and game made him the guy the team turned to.

“This kid is a big, tall, lanky kid that is a corner,” Butler said in audio provided by the team. “Anybody that has got that height who can play corner in this league is always a good advantage. Why do people overlook him? He probably hadn’t been urgent enough as he should. He’s starting to get that now. You gotta be able to play with the sense of urgency when you’re playing corner in this league because guys can run by you. The good thing about trying to run by a big, tall kid is he’s long and it’s hard to throw over.”

Witherspoon had struggled to even dress for games this year, in large part due to a lack of special teams value. Sub-par physicality and tackling earned him a seat on the bench in lieu of Justin Layne and James Pierre. But with Pierre struggling and Joe Haden missing his third game due to a foot injury, the Steelers rolled with Witherspoon.

Lamar Jackson found out how hard it is to throw over him on a deep ball to TE Mark Andrews, perfectly played and broken up by Witherspoon, doing everything right except for the interception.

Witherspoon largely played a consistent volume of snaps, not getting beat over the top the way Pierre has several times this season. That’s no small feat against a Ravens’ team featuring vertical threats like Andrews, Hollywood Brown, and even Sammy Watkins, who still has serious wheels.

Butler said Witherspoon grasped the defense well enough shortly after being traded over from Seattle. But the team didn’t feel confident in him until he showed more urgency.

“He’s a smart guy. It didn’t take him long to learn the defense. But playing with a sense urgency does matter. We put him out there and he played well.”

The Steelers’ defense is intentionally not overly complicated in order for players to not think and play fast, especially in a year like 2021 where the secondary has undergone so much turnover. Grasping the playbook shouldn’t have been tough to do for Witherspoon. It sounds like all the detailed and little things were the bigger obstacle. And while it was just one game and Witherspoon has his issues, he’s not an overly physical nor technical tackler, it was a much-needed performance.

With Joe Haden likely out for Thursday’s game against Minnesota, Pittsburgh figures to call on Witherspoon again.