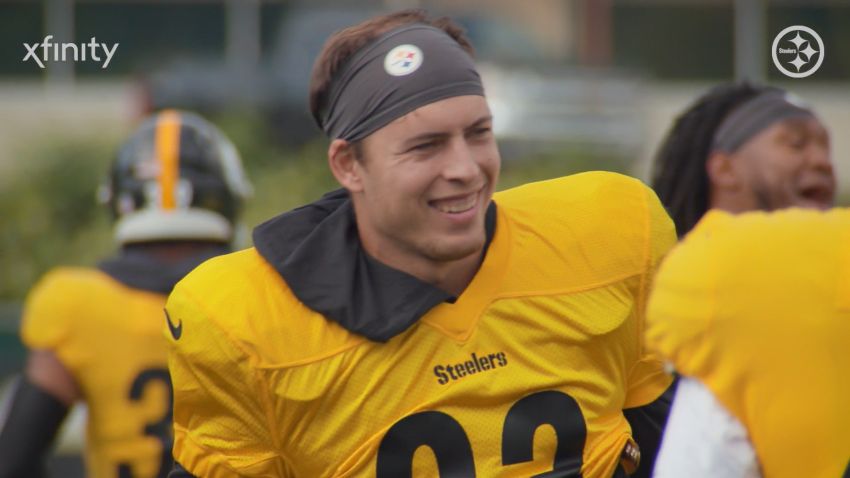 For the most part, the Pittsburgh Steelers are a relatively young team, at least from an average age standpoint.

Quarterback Ben Roethlisberger is by far the oldest Steeler on the roster at 39 years old, and 33-year-old Cameron Heyward is playing some of the best football of his career at this point in the season.

Knowing that, it was difficult for Bleacher Report’s Brent Sobleski to find a player on the roster who’s “best days are behind him.”

The guy Sobleski settled on for the Steelers? None other than linebacker Joe Schobert, whom the Steelers acquired in training camp through a trade with the Jacksonville Jaguars in a move that was essential a salary dump by the woeful Jags.

In Pittsburgh, Schobert hasn’t lived up to expectations, struggling against the run and making very little impact in the passing game, which led to Sobleski tabbing the veteran linebacker as the Steelers’ player who is “past his prime.”

“Joe Schobert can simultaneously be one of the Pittsburgh Steelers’ best offseason acquisitions to fill a void at inside linebacker while acknowledging he’s probably never going to be the same player he was a few years ago,” Sobleski writes. “Schobert has never been an All-Pro or Pro Bowl-caliber performer with any type of consistency. He made his one and only Pro Bowl appearance in 2017. Still, the linebacker has been reliable and productive.

“During the previous four seasons, Schobert averaged 130 total tackles. He’s a notch below that pace during his first campaign with the Steelers organization,” Sobleski adds. “Also, his coverage continues to be a sore spot. Schobert has never been the most athletic inside linebacker, but he had a knack for getting into throwing lanes and being in the right spot. However, his performance against the pass has been a concern for two straight seasons.”

Through 13 games, Schobert has recorded an impressive 91 tackles, but the veteran linebacker has just one tackle for loss, five pass breakups and just one forced fumble, which are significant declines in production from previous seasons that led to him signing a massive contract with the Jaguars in free agency ahead of the 2020 season.

It’s fair to question if Schobert’s days are behind him, considering what we’ve seen from him so far this season, but it’s also fair to raise the question of if the injuries along the defensive line have hindered his play, much like it has Devin Bush. It’s hard to make plays when linemen are pushed into your lap, or offensive linemen are able to climb to the second level with ease.

That said, there is real concern with Schobert’s production in pass coverage. He was brought in to be the complimentary piece next to Bush that can handle running backs and tight ends for the Steelers’ defense. Instead, he’s struggled mightily and has come off the field in certain instances. He hasn’t been what the Steelers expected, but I don’t believe at 28 years old that his best days are behind him.