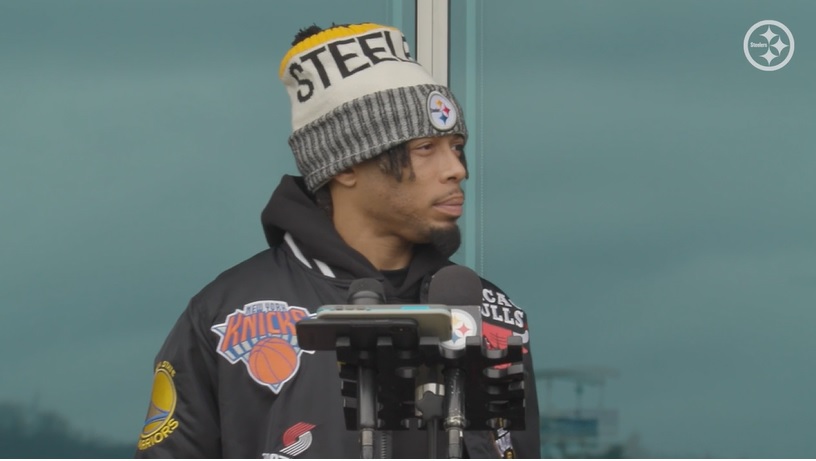 Over the next two games, the focus will rightfully be on Ben Roethlisberger’s final two games as a Pittsburgh Steeler. He’s earned all the attention and praise teammates, fans, and the networks give him. But Roethlisberger won’t be the only one likely playing his final games with the team. There are several pending free agents, including CB Joe Haden, who admits that thought has crossed his mind. Still, he’s focused on taking care of business in Week 17 and 18.

“I try to stay, like Coach T says, singularly focused,” he told reporters Wednesday via Steelers.com. “Thinking that we’re not mathematically eliminated, we still kind of control our destiny. What we can do is still win these last two games and then hopefully we can get into the playoffs. That’s my biggest goal is just trying to end it the right way. Trying to go out this season finishing strong.”

The Steelers aren’t in full control of their own destiny. They will need to win their final two games and also get some help along the way. There are several paths to a playoff spot. Having the Indianapolis Colts beat the Las Vegas Raiders this weekend would go a long way to improving the Steelers’ odds. Even winning the AFC North isn’t out of the question. If the Cincinnati Bengals lose their final two games against the Kansas City Chiefs and Cleveland Browns and the Steelers win out, Pittsburgh will claim the North. So there are paths to postseason play, but it’s not a simple matter of just winning out.

That’s where Haden’s focus is at. But he tried and failed to reach a contract extension with the Steelers in the summer, leading agent Drew Rosenhaus to announce they would be testing free agency in the 2022 offseason. Turning 33 in April, these could be Haden’s final two games in black and gold.

“But then knowing at the end of the day, I am gonna be a free agent after this year. So I am thinking about it.”

Pittsburgh made a rare free agency splash to sign Haden after the Cleveland Browns cut him right before the 2017 season started. Haden has played well since arriving in Pittsburgh, but like Cleveland, postseason success has eluded him. He’s played just one playoff game since coming over to Pittsburgh, a 2017 upset loss to the Jacksonville Jaguars. Haden missed the 2020 Wild Card game after being placed on the Reserve/COVID list late in the season. Pittsburgh was knocked out in the first round by his former team the Browns.

Haden certainly still has things to offer the team. He’s physical and an impressive tackler, as evident by his fourth down stop in a crucial Week 15 win over the Tennessee Titans. Had the Steelers not won that game, they’d basically be eliminated from playoff contention by now. But he’s entering his mid-30s and struggles to run in the open field, something that won’t improve as he gets older. It’s hard to see Pittsburgh committing much money to him this offseason, and odds are good Haden will talk the talk and walk the walk, playing somewhere else in 2022.