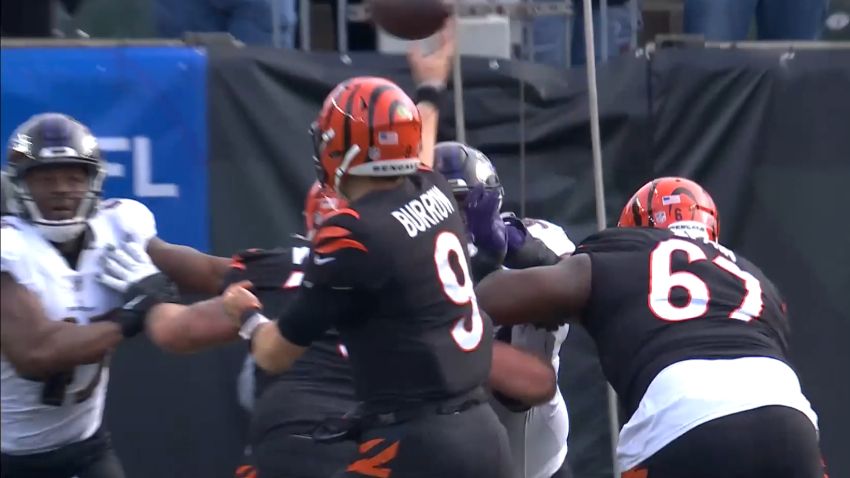 While the list of players who have thrown for over 500 yards in a single game has certainly grown over the years, the membership still remains fairly exclusive. The newest member joined the ranks yesterday, that being Cincinnati Bengals second-year quarterback Joe Burrow, who chewed through an almost entirely depleted Baltimore Ravens secondary to the tune of 525 passing yards with four touchdowns.

In the build-up to the game, Ravens defensive coordinator Wink Martindale was asked if they planned to double rookie wide receiver Ja’Marr Chase, similar to how they doubled Davante Adams while playing Aaron Rodgers and the Green Bay Packers. He said that they did not feel it was necessary.

“Adams is one of the top two receivers in the league, and he’s not number two”, the veteran defensive coordinator said in comparing Adams to Chase. “Aaron Rodgers is a Hall of Fame QB, and I don’t think we’re ready to buy a gold jacket for Joe”.

For the fans of the bulletin-board material, this one is for you. Burrow was asked about his opponent’s pre-game remarks after the fact, first acknowledging that he did indeed hear them. “I think it was an unnecessary comment. I wouldn’t say I was offended by it. I’m in year two. Who knows what’s going to happen down the road? I didn’t think it was a necessary comment”.

When asked if what Martindale said was on his mind while he was throwing for 525 yards during the game, he admitted, “Maybe”.

Of course, he was also playing a secondary that was absent Marcus Peters and Marlon Humphrey, two All-Pro cornerbacks, as well as starting safety DeShon Elliott. They were starting Anthony Averett and Anthony Levine at cornerback, with Tony Jefferson called up from the practice squad. And Averett left the game with an injury. It was about as big a mess as there has been in any secondary in the NFL this season.

The Ravens pass defense ranked 31st in yardage even before yesterday’s game. They were at the bottom in terms of explosive plays allowed. It’s a miracle that they had been able to hold things together as well as they had up to this point.

With the win, though, Burrow puts the Bengals in the driver’s seat to claim their first AFC North title since 2015, which is also the last time the now 9-6 Cincinnati team had a winning record. It hasn’t always been pretty this season, but there’s clearly something cooking down that way that is going to be an issue for Pittsburgh for some time.