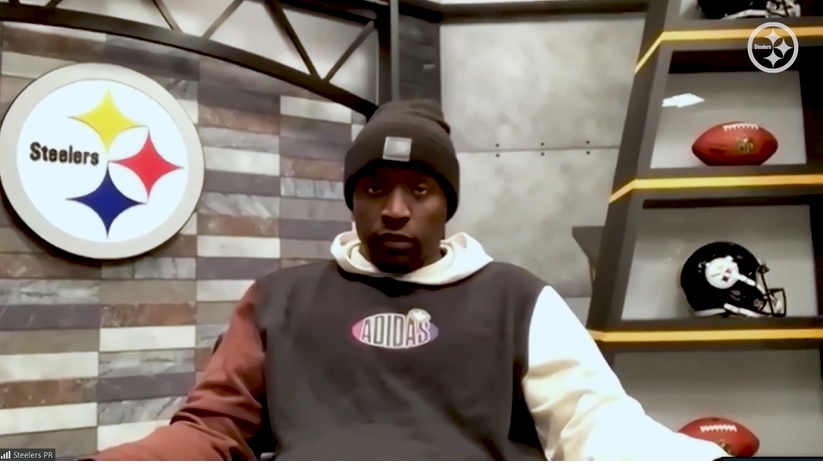 No-huddle is the dessert of an NFL offense. It can’t be an every down staple, a full-course meal. But when sprinkled in, it’s something James Washington certainly enjoys. Speaking with reporters Monday, Washington talked about the Steelers’ success using it.

“I just feel like it allows teams to not have the right personnel on the field to continue to stop us,” he told reporters via Steelers.com. “Usually when we let Ben flow with the flow of the game and he usually dials up some stuff that works and gets us down the field and usually gets us touchdown or what we need. I like the fact that we use the no-huddle, for sure.”

According to ESPN’s play-by-play, the Steelers used no-huddle 20 times in Thursday’s comeback attempt against the Minnesota Vikings. Excluding no-plays and spikes, Roethlisberger completed seven of ten passes for 68 yards, no touchdowns, with one interception. The Steelers ran the ball another six times for 39 yards, including Najee Harris’ longest run of the night, checking in at 23 yards.

Roethlisberger certainly has been solid at using tempo this season, though as he’s said, no-huddle doesn’t guarantee he’s calling the play his own. Matt Canada can still communicate with him until there’s 15 seconds left on the play clock, so Canada can be in his ear even if Pittsburgh is without a huddle. Still, Washington noted Roethlisberger’s greater autonomy to “dial up some stuff that works.” Few are better to handle no-huddle than a long-time veteran like Roethlisberger who has played through virtually every scenario and situation throughout his career.

Washington said no-huddle provides a much-needed spark to games in which the offense is struggling, as was the case in Week 14.

“I feel like usually we’ll go no huddle and we’ll usually get a spark and somebody will make a play downfield or whatever it may be. And that’s really all we need is just that one play to pop off. And I feel like we we’re going from there.”

No-huddle has its upsides and can be utilized as a weapon. But it’s not perfect. It’s harder to use on the road and loud environments, increasing the odds of miscommunication. The no-huddle playbook is also more limited than the huddled playbook, especially given how young and new this offense is. This offense has a lot of problems, and it runs deeper than lack of no-huddle and playing Derek Watt more.