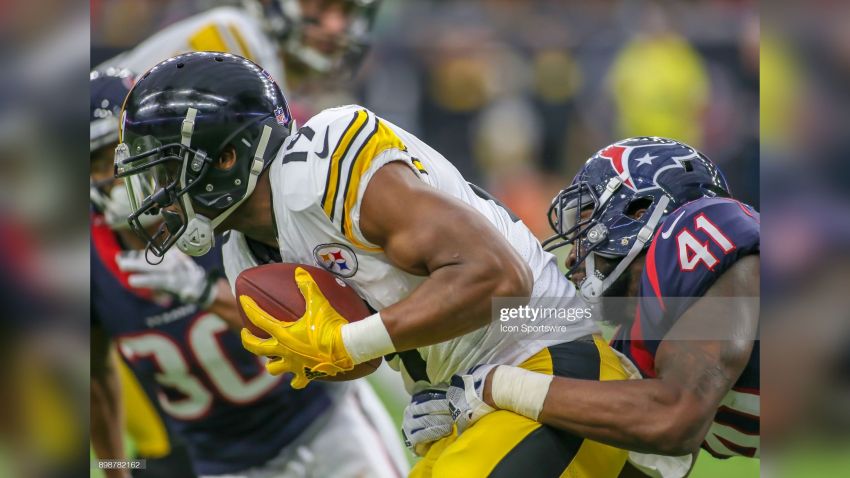 Zach Cunningham recorded 164 tackles for the Houston Texans last year. His four-year body of work since being drafted in the second round in 2017 earned him a four-year, $58 million contract extension. He saw less than one full season of that before being waived this week.

But he was claimed by the Tennessee Titans, which means that his contract rolls over to them. And which means that he will be on the field on Sunday against the Pittsburgh Steelers when they come to Heinz Field.

Many thought that the Steelers should at least consider putting in a waiver claim for Cunningham, who has 67 tackles this season with a forced fumble and three passes defensed; the fact that the Titans were the team to claim him, however, demonstrates that they did not, since Pittsburgh has a higher waiver claim, owning a worse record.

Of course, the Steelers have already opted to inherit one pricey contract extension for an inside linebacker this year when they acquired Joe Schobert back in August in exchange for a late-round draft pick. They won’t have dead money tied to him beyond this season, but he will not be cheap if they decide to keep him.

Yet neither Schobert, nor especially former top-10 pick Devin Bush, have been giving the Steelers the level of play needed from the inside linebacker position for their defense to function at an optimal level—as evidenced by their historically bad run defense.

Of course, one could argue that the Titans are in even greater need of help at inside linebacker, as both of their starters, Rashaan Evans and David Long, have each missed the past several games. Evans did practice and will play this week, however.

Cunningham, however was ruled out for Tennessee’s next game due to the short period of time between his acquisition and the game—COVID-19 protocols could be a factor as well—so his Titans debut will indeed come against the Steelers.

And at least for the time being, it looks as though he will do so as a starter. Long did not practice at all this week due to a hamstring injury, so it will be up in the air whether or not he is closer to returning by this time next week.

The Titans are 8-4 this season and tied for the second-best record in the AFC behind the 9-4 New England Patriots, who are finally on their bye week. They will play the Jacksonville Jaguars, who have all of two wins and a newly-distracted locker room after yet more ridiculousness from Urban Meyer emerged over the weekend.