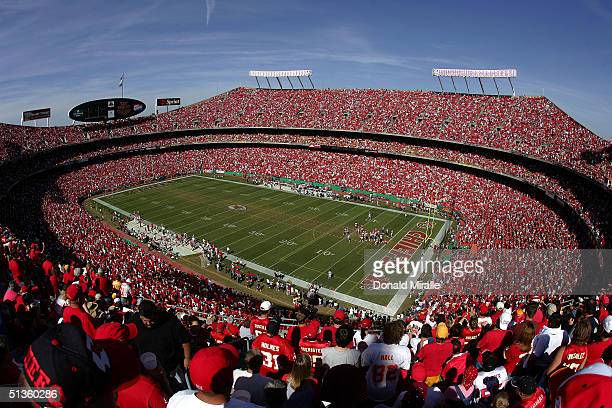 With a mostly young team, the Steelers have struggled at times on the road this season. The inexperienced offensive line had difficulty in Minnesota particularly.

Pre-snap penalties were largely attributed to the crowd noise, and it played a role in the 36-28 loss, as well as the loss to the Chargers. The Steelers head to Kansas City this weekend for one of the noisier crowds in the NFL on Sunday. Coach Mike Tomlin discussed those communication issues and how to prepare for them at Arrowhead Stadium.

“I expect it to be a problem, but a problem that we’re capable of overcoming if we prepare and prepare in the right way for the environment,” Tomlin said Tuesday via the team’s YouTube channel. “We minimize some of the onus on the communication, particularly line of scrimmage wise.”

Arrowhead Stadium is certainly comparative to U.S. Bank Stadium, home to the Vikings. In that game against the Vikings, the Steelers had 10 penalties for 85 yards.

They had two false starts and a delay of game, not to mention the ineffectiveness after the snap in not knowing what to do in certain moments. Obviously it’s not the first time in an environment like this for Ben Roethlisberger or Tomlin, but it is still a new experience for a lot of the young players on the team.

Roethlisberger owns a career 6-2 record against the Chiefs, including 3-1 at Arrowhead. The lone loss took place in overtime back in 2009, as he’s won three straight since then.

This dynamic of the game will play a large role in the outcome. Avoiding those pre-snap penalties would go a long way in aiding the Steelers to a victory. It begins with focus on the communication side of things, and we’ll find out just how they do come Sunday.