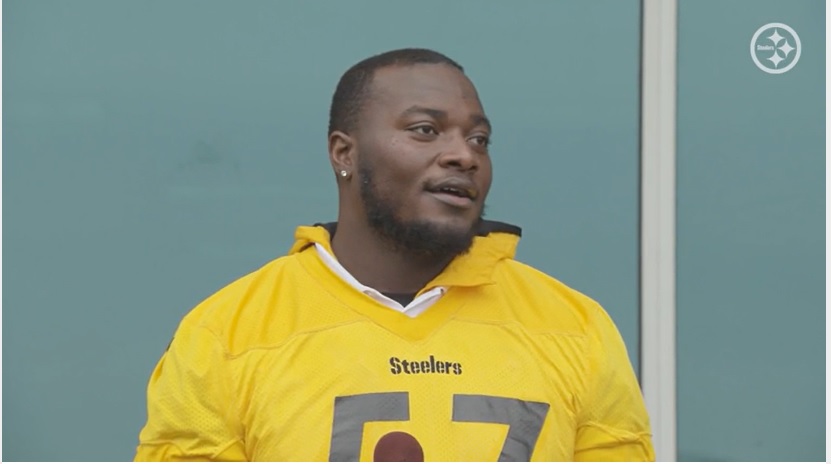 Disruptive is not the word to describe the Pittsburgh Steelers’ defense this year. Disbelief, maybe, watching Pittsburgh give up 41+ points in back-to-back games for the first time since 1989. Newly signed DT Montravius Adams is hoping to bring some disruption back to the Steelers’ defensive line. That’s what his coaches are telling him to do.

Adams spoke to the media for the first time since being signed by the Steelers Monday, and discussed his adjustment to Pittsburgh’s scheme.

“It’s a little bit of read and react and some different techniques,” he told reporters via the team website. “But for me mostly, it’s been attack, you know what I’m saying? Get upfield, be disruptive and just do what I do best.”

Gap-shooting is how we billed Adams coming out of Auburn, a third-round pick in 2017 by the Green Bay Packers. Check out the final paragraph of our scouting report on him.

“The former Auburn Tiger defender is a natural three tech who needs to play more consistently from play to play. When he is on task, watch out! However, the NFL team that drafts Adams will need to assist him in developing his pass rushing techniques (a bull rush would be great). I believe he could learn to anchor as a five-tech with his powerful bubble and strong upper body, but a second day investment in that belief for the Steelers would be an unnecessary gamble with other situations to firm up instead.”

Adams’ career has been a bit rocky, spending a couple seasons in Green Bay and making just three starts in four seasons there. Since, he’s bounced between the New England Patriots and New Orleans Saints before the Steelers poached him off their practice squad. With Pittsburgh desperate for defensive line help, Adams has worked at nose tackle during the week, and could get a hat on Sunday against the Ravens, one of the league’s top rushing attacks. The Steelers could use a disrupting, penetrating defensive lineman not named Cam Heyward to get the Ravens’ run game off-track.

For Adams, his availability is a matter of him picking up the Steelers’ playbook.

“I would say they put me in a good position. They’ve got some great guys around me that help me pick it up a little bit faster. Honestly, I don’t think I it’s been like narrowing down the playbook. I think it’s been most of it. It’s been going well.”