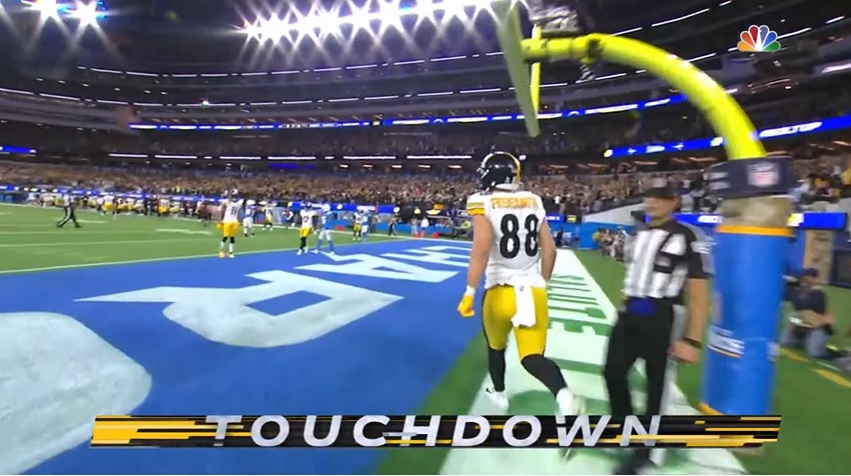 Once again, the no-huddle offense in Pittsburgh is the talk of the town leading up to Sunday’s 1 p.m. clash against the Tennessee Titans at Heinz Field.

After two straight weeks of miserable showings through two and a half quarters against the Baltimore Ravens and Minnesota Vikings, the Steelers’ offense found rhythm late in both games as quarterback Ben Roethlisberger heated up in the no-huddle offense, putting together a sparkling fourth quarter in the win over the Ravens and nearly leading the Steelers to a historic comeback against the Vikings.

Now, with just four games remaining, the question surrounding the Steelers’ offense at the moment — aside from the offensive line’s struggles — is the use of the no-huddle offense more consistently.

There’s plenty of reasons as to why it’s not used every single drive of every game, including the conditioning level of the team running it. That’s not to say the Steelers are out of shape by any means; it’s just so hard to run no-huddle all the time when it gasses your own offense and could put your defense in a tough spot if you’re unable to sustain drives.

That said, it’s something the Steelers need to look into more, considering the no-huddle leads directly to terrific offensive success.

Rookie tight end Pat Freiermuth was asked about the Steelers’ no-huddle on Friday in his media availability. The rookie stated he likes the rhythm it puts the Steelers’ offense in, and says it helps build momentum, which the Steelers play well off of.

Hard to deny any of that, to be honest.

“I think the biggest thing is probably just like the rhythm of it. I think…we do really well off momentum,” Freiermuth said to reporters Friday, according to video via Steelers.com. “It seems like and it feels like, when we have a good play or explosive play and we get back in the huddle, I think the defense can kind of reset and just kind of see what goes on and kind of be able to adjust to us. But we’re moving fast. The defense doesn’t have time to adjust and when we’re rolling, we’re rolling.

“Like when Najee [Harris] has a good, explosive run on first down and moves the chain, we continue to do that [no huddle] and stuff like that. So, I think it just kind of gets the defense off edge and it just allows us to play more free and make more plays probably.”

The no-huddle offense certainly doesn’t afford the defenses Pittsburgh is playing against time to adjust to what the Steelers are doing up-tempo, and also allows a guy like Roethlisberger to get into rhythm on the field, putting the Steelers in ideal matchups.

Considering the success the Steelers have had in the no-huddle offense in recent weeks, here’s hoping Pittsburgh doesn’t wait to bust it out until midway through the third quarter on Sunday.