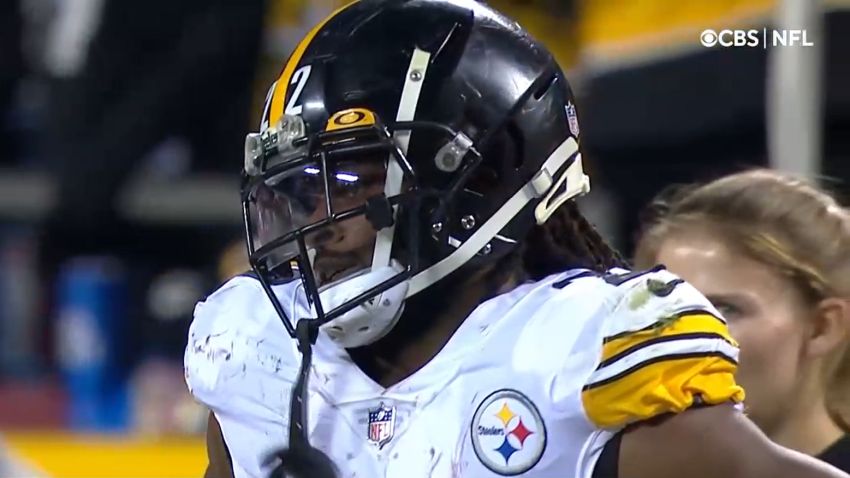 Another week, another slow, disastrous start for the Pittsburgh Steelers.

It’s beginning to feel a lot like Groundhog Day every single game day with this Steelers’ offense in 2021.

On Sunday inside Arrowhead Stadium, the Steelers offense went another first half without points for the fifth straight game, setting a franchise record dating back to 1940 — yes, before the United States’ involvement in World War II — and had a turnover, missed field goal, and a turnover on downs wrapping up an awful first half.

The slow starts are something that the players are frustrated with, especially as they draw more and more questions about them after losses.

Rookie running back Najee Harris was the latest to be asked about the slow start on Sunday after the 36-10 loss, stating that it comes down to execution — nothing more, nothing less.

“Execution. We just gotta execute,” Harris said to reporters, according to audio provided by the team. “That’s really the best thing I can say right now. But yeah, you’re right. We are starting off really slow on offense and it’s becoming a problem, but we just gotta find a way to just execute.”

The execution has been rather poor offensively early in games dating back to the middle of the season. On Sunday, that was no different as the Steelers punted after five plays to open the game. Then, on the ensuing possession Ben Roethlisberger threw one of his uglier picks of the season, eventually putting the Steelers in a 14-0 hole.

After the first two drives the Steelers went punt, missed field goal, turnover on downs and then the end of half to wrap up a disastrous first half.

Reporters attempted to follow up with Harris regarding the slow starts and again the rookie leaned heavily into the Steelers’ execution offensively.

“I’ll say…just execution,” Harris added. “It would be kind of dumb to blame it on everything else other than us when we’re in week whatever later in the season. We point at ourselves rather than any other x-factor. It’s something we gotta get together as a team. I don’t think it has to do nothing with anybody else, but us personally, individually, you gotta find a way to execute personally and individually.”

The Steelers continue to talk about the same key points week after week offensively: starting fast, executing at a high level, avoiding turnovers. It’s just not happening with them. It won’t happen with them moving forward, considering it’s Week 16 in the season.