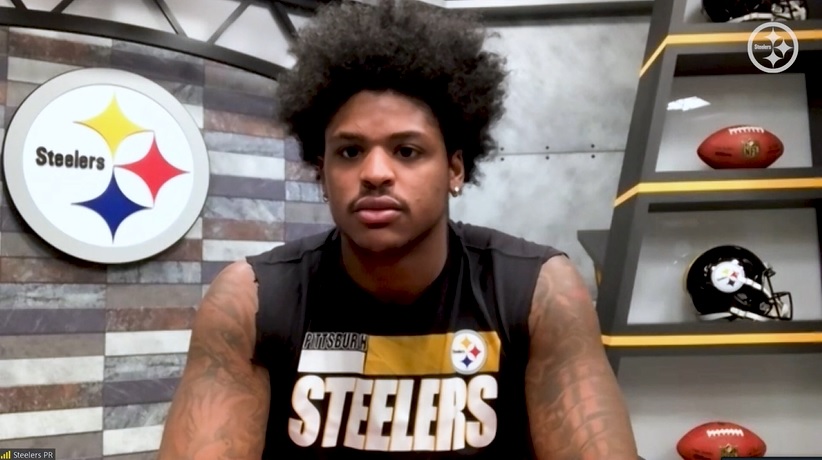 The Pittsburgh Steelers’ defense has not been good enough this season. I sure hope you were sitting down for that revelation. Fresh off giving up 36 points to Kirk Cousins and the Minnesota Vikings’ offense, Devin Bush was asked by reporters Monday to evaluate his performance this season. He pivoted to the group as a whole, noting that no one has played up to expectation.

“Obviously nobody on the field is playing up to their potential,” he said via the team website. “And that just goes to reflect on the games we’ve played, and the games we’ve lost, and the games that we have went into ties with or overtime. Nobody’s playing their best football right now. I’m not gonna sit here and single myself out or anybody else out. Because at end the day we are team.”

Bush has been singled out by fans and media for his 2021 struggles, now roughly 14 months removed from his torn ACL. It was admirable to see Bush be ready for the start of training camp and Week 1, but his play has dropped off. He’s struggled to take on and get off blocks, play downhill and aggressively, and his impact plays have been limited. To his credit, he did help force an interception and had another pass breakup against the Minnesota Vikings. Neither he nor Joe Schobert have played well enough this year, leading rookie Buddy Johnson to pick up his first defensive snaps against the Vikings.

Bush tried to keep a positive attitude focusing on the rest of this season and beyond.

Bush is right, this defense is a work in progress, and not all the issues should fall at his feet. Defensive line, outside linebacker, other inside linebackers, and secondary have all been problems for parts or most of the season. There has been a hyper focus of criticism on Bush, partially because he is the team’s former first-round pick playing with big expectations. But his answers here are curious. He was asked about his play and deflected to talk about the entire defense’s struggles. And more oddly, he made two unprompted references to the future and next year, despite the Steelers still being in the playoff hunt.

Ultimately, how Bush plays the rest of this season will help shape his future in Pittsburgh. Barring something dramatic, the team will not pick up his fifth-year option, making 2022 the final year of his rookie contract.