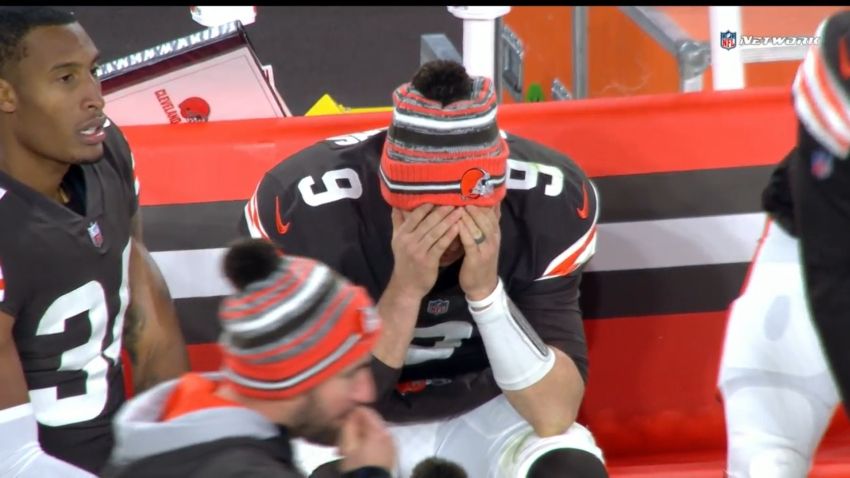 The Cleveland Browns played without about half of their starters yesterday, as well as their head coach. They very nearly won the game with their third-string quarterback, Nick Mullens. Instead, they have fallen to 7-7, dropping deeper and deeper outside of the playoff race with three games left to play in the season.

While they are not the first team to have to play a game with a bunch of key players unavailable due to COVID-19, their issues were certainly more prominent than most—though, at least they had an actual quarterback playing quarterback, unlike the Denver Broncos in one game last season.

Nick Mullens got the start after both Baker Mayfield and then Case Keenum tested positive. He did have Nick Chubb to hand off to, and at least David Njoku was able to make it back off of the Reserve/COVID-19 List, but they were without their left tackle, tight end, and top wide receiver as well due to positive tests. Not to mention several defenders, though they got a couple of starters back late.

And they came to within the final seconds of winning. The Las Vegas Raiders secured victory on a last-season field goal from 48 yards out after having just scored a go-ahead touchdown with two minutes to play. But Derek Carr was able to drive 51 yards to put the Raiders at Cleveland’s 30-yard line to set up his kicker for a victory.

Now both teams are 7-7 on the season, joining the Dolphins and the Broncos with the same record. They all trail the Ravens and the Steelers as the top two teams in the AFC currently seeded outside of postseason contention, though both are within a game of qualifying for at least a Wild Card spot, if not the AFC North title.

In other words, the division is going to decide the division. Each team has only one non-divisional opponent left, and they are all within a game of one another. It sets up pretty much so that if anybody is able to sweep, they will win.

Each of their non-divisional opponents, however, are a significant challenge. Both the Steelers and Bengals still have to play the Chiefs. The Browns get to face the Packers. And the Ravens still have yet to play the Rams. It’s looking increasingly realistic that no more than 10 wins is going to claim the title. Maybe 9-7-1 will even be enough.