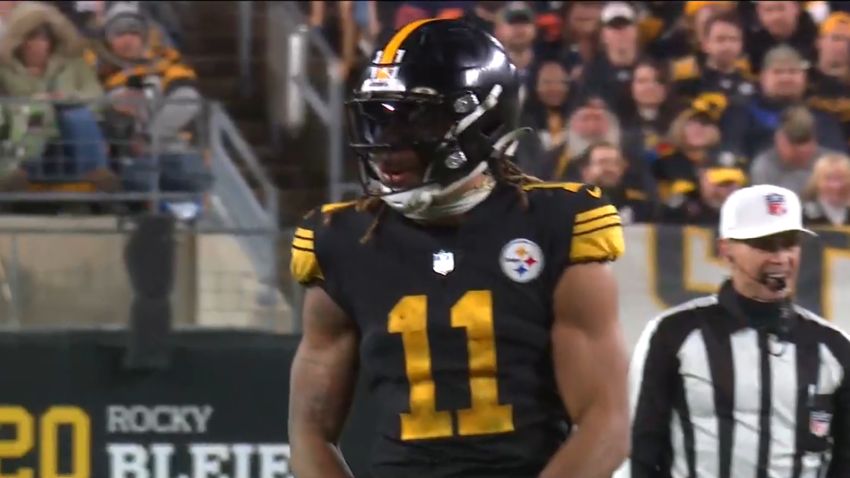 Defeatism is normal when it sets in for fans, who often don’t take long before they start talking about ‘tanking’. Their vision is long-term, with the belief that higher draft picks will lead to more talented players that will better serve the team in the long run.

Defeatism is devastating if it sets in for the players on the field, and frankly, you don’t want players on your team who willingly accept a tanking season, because it speaks to their desire to be competitive.

The Pittsburgh Steelers of 2021 are obviously not a tanking team, and that has been their history, even when they had the ideal opportunity to do so in 2019 after Ben Roethlisberger ripped his arm apart in Week 2. They salvaged the season and nearly even made the playoffs before running out the final three games with losses and finishing at 8-8. This team still has playoff ambitions, knowing they have three division games left.

“I think it’d be a bad look to give up on the season because of one bad game”, wide receiver Chase Claypool told reporters on Monday, via the team’s media department. “I’m sure there’s a lot of teams in the past who got blown out early in the season and then came back and it ended well. We’ve just got to work to that point. We’ve got a lot of work to do, but I just think we need some things to go right for us and we need to keep our head up”.

Granted, it’s more than one bad game, although they are coming off of a particularly dreadful one on their parts, losing by 31 to the Cincinnati Bengals on Sunday, in a game that essentially was never really close at any point.

“It’s past halfway through the season, but there’s still a lot of divisional games left to be played”, Claypool noted, preparing to play one of two games against the Baltimore Ravens, with one more left against the Cleveland Browns, whom they’ve beaten. “We’ve got to play the Ravens twice, and the Browns again. Still time to make an impact”.

Currently, they are two and a half games behind the Ravens for the AFC North lead, and two games behind the Bengals for second place (since they would lose the head-to-head tiebreaker). But they are just one game behind for a Wild Card spot, as the Los Angeles Chargers at 6-5 hold the current seventh seed.

In fact, there are six teams who are either 6-5 or at .500, including the Las Vegas Raiders and the Denver Broncos with winning records, and the Browns and the Indianapolis Colts at 6-6. This thing is still pretty wide open, as long as they can manage to win a few games down the stretch. .500 might even be good enough this year.