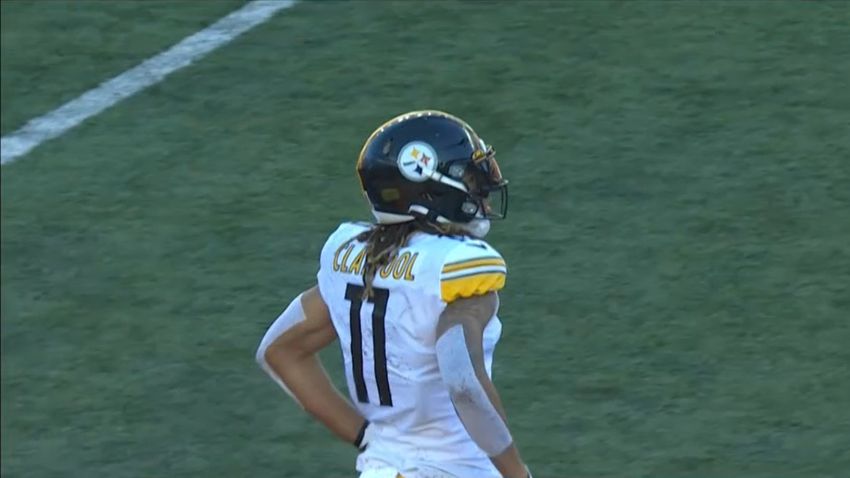 A couple of second-year Steelers have lighter wallets this week. CB James Pierre and WR Chase Claypool have been fined for penalties occurring in Week 12’s blowout loss to the Cincinnati Bengals, according to this tweet from The Athletic’s Jay Morrison.

As his tweet notes, Pierre was fined $4350 for unnecessary roughness while Claypool was fined $8354 for a facemask penalty.

Steelers CB James Pierre was fined $4,350 for his unnecessary roughness penalty last week vs the #Bengals, and WR Chase Claypool was fined $8,354 for his facemask penalty against Darius Phillips.

Pierre’s penalty occurred on a low block on a Joe Mixon run, going at the knees of the Bengals’ pulling offensive lineman. New NFL rules this year prohibit players from going low on blocks out in space in order to protect player’s head and knees. Pierre has gotten away with those blocks throughout the year but was finally called for it Sunday.

Claypool was called for a facemask when he ripped off the helmet of Bengals’ CB Darius Phillips. It became a chippy game between Claypool and the Bengals’ corners, ending in that penalty. You can see it in the third clip below.

Both players struggled in Sunday’s loss. Pierre was burnt by WR Tee Higgins while Claypool played an inconsistent game filled with drops and frustration.

All NFL fines are predetermined by the CBA and go to charities of the NFL’s choosing.