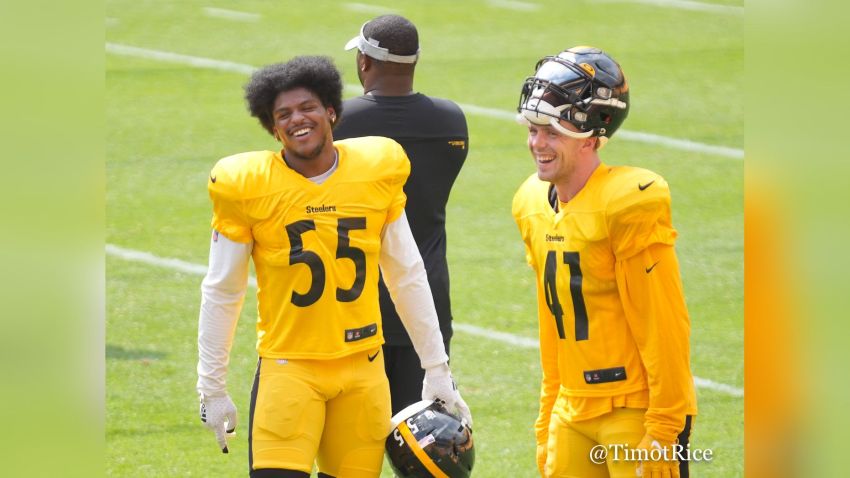 Explanation: While Robert Spillane was activated from the Reserve/COVID-19 List, he is still dealing with a knee injury he suffered a little over a week ago. Yet in that game, after some very early struggles, the Steelers did pull Devin Bush for a short spell and replaced him with Spillane.

If it weren’t for his suffering a knee injury against the Bengals, I would imagine that we would have seen Spillane rotating in with Bush for two weeks now. There’s a reason that the coaching staff pulled Bush early on in that game. They had seen enough.

Unfortunately, they don’t really have other viable options outside of Spillane, with Marcus Allen, Ulysees Gilbert III, and rookie Buddy Johnson being the other linebackers on the roster. There’s a reason that they are not playing on defense, and have only played defensively in the past when there have been significant injuries.

Spillane, on the other hand, has been given a defensive role, even one that nobody would have anticipated, because they want to use him. He’s a guy who’s already in the rotation in a sub-package, who has starting experience in their system. A few more ugly reps from Bush, and we’ll see Spillane out there.

Notice how there was hardly any talk about Devin Bush or his play the past two days? That’s because he didn’t give fans reason to complain about his play on Sunday against the Ravens. On the whole, at least. He didn’t stand out as a liability in the way that he had been in recent weeks, which had alumni like Arthur Moats and Chris Hoke calling him out.

Maybe it has something to do with the defensive line getting healthier. They played more disciplined ball up front, and it helped them control the run game. Bush only made two tackles during the game, but he played every non-dime snap. Spillane has his dime role. That’s what he’ll play when he returns. Bush already got the message two weeks ago with the quick sit.