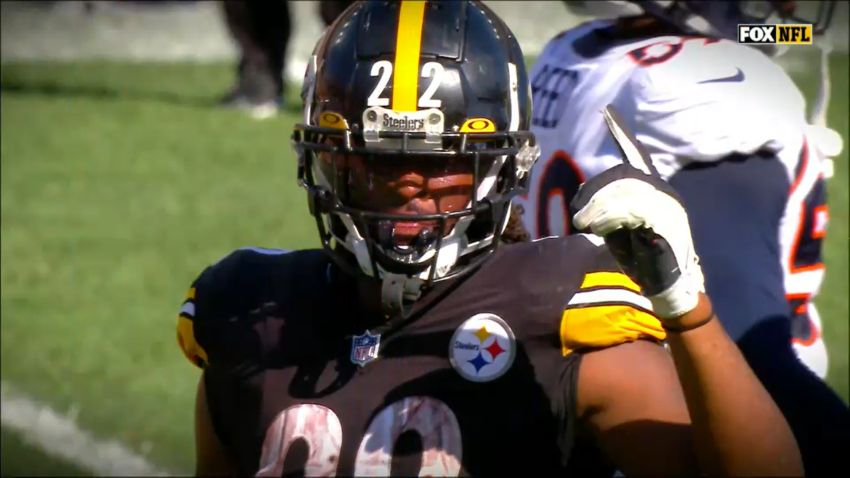 Explanation: With two games left to play in a 17-game season, Najee Harris has 984 rushing yards, sitting just 71 yards behind Franco Harris’ franchise-record 1,055 yards, a mark that he set during a 14-game 1972 season. Franco averaged 5.6 yards per carry with 10 touchdowns. Najee is averaging 3.6 yards with six touchdowns.

Playing three more games and taking an extra 100 or so carries to do it makes breaking an old record much less impressive, no matter the circumstances, let’s just be honest, here. Franco Harris only had 188 rushing attempts when he rushed for 1,055 yards. Najee Harris already has 268 rushing attempts, and he still hasn’t cracked 1,000 yards.

There are only 52 seasons in NFL history in which a player recorded at least 250 rushing attempts but failed to crack 1,000 rushing yards. He’s obviously going to get 16 more rushing yards over the final two games, but the point is made.

Objectively speaking, Franco’s season was obviously much more impressive than Najee’s, regardless of how many defenders he may have hurdled. That’s not to say that he doesn’t deserve a lot of credit for getting what he has behind this offensive line, but his record will be purely based on workload, rather than individual excellence.

For Najee Harris to rush for over 1,000 yards against this offensive line, regardless of how many attempts it takes, is an accomplishment in and of itself, regardless of whether or not it sets any kind of rookie franchise record.

The rookie running back has had to create a great deal of his own offense, forcing just shy of 80 total missed tackles on the season, the most in the NFL, though a lot of that has come off of receptions—his 65 receptions, by the way, are also a franchise rookie record.

Relative to the offenses in which they played, and the offensive lines they were dealt, Najee Harris’ passing Franco Harris’ mark would certainly mean something. The Steelers hadn’t quite taken off by 1972, but that was the beginning.

And they had a much better offensive line with the likes of John Kolb, Larry Brown, and Ray Mansfield, as well as the overlooked Sam Davis. Bruce Van Dyke wasn’t too shabby, either, and made the Pro Bowl a year later. He was second-team All-Pro in 1972. I don’t even have to tell you what Najee’s working with.