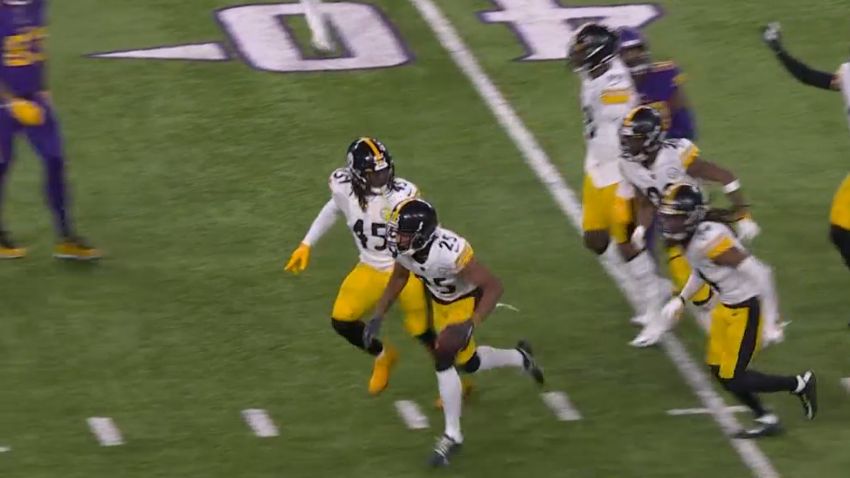 Topic Statement: Buddy Johnson will get a chance to play a meaningful role with Devin Bush on the Reserve/COVID-19 List.

Explanation: The rookie fourth-round pick has hardly played this season, but he did recently log six snaps on defense, and there were suggestions by the coaches that he could play more, before injuring his foot and missing last week’s game. He is a full participant in practice this week, however, and now starter Devin Bush is on the Reserve/COVID-19 List with a positive test, essentially guaranteeing his absence from Sunday’s game.

Not only is Devin Bush on the Reserve/COVID-19 List, but so is Marcus Allen, by the way. So it’s just Joe Schobert and Robert Spillane starting, with Johnson and Ulysees Gilbert III backing up. Gilbert hasn’t played a single snap on defense this year.

We already heard two weeks ago that Johnson was going to play more, and Bush was going to play less. The only thing that sidetracked that was Johnson’s foot injury. Mike Tomlin cautioned that Spillane working his way back could impede Johnson’s opportunities, but Bush being out completely changes that dynamic with Spillane now starting.

Talk of Johnson playing was related to Bush playing poorly. Frankly, at this point, the coaching staff probably has more confidence in Spillane. We were already heading down the path of Bush being rotated out, with Spillane’s unavailability due to injury and then due to COVID-19 getting in the way.

Spillane and Schobert are both guys the Steelers would be comfortable putting out there for a full game. The only reason Johnson was getting snaps weeks ago was because it seemed like that game was over with. Once the Steelers started coming back, they stopped putting Johnson out there. That’s not a coincidence. He probably would have played the rest of the base snaps against the Vikings if they weren’t able to make the game interesting down the stretch.

So if you see Johnson out there this week, it’s because the scoreboard is lopsided one way or the other. Probably the wrong way, since the defense would surely be in nickel and dime if they were up by a bunch of points. Base if they were down by a bunch.