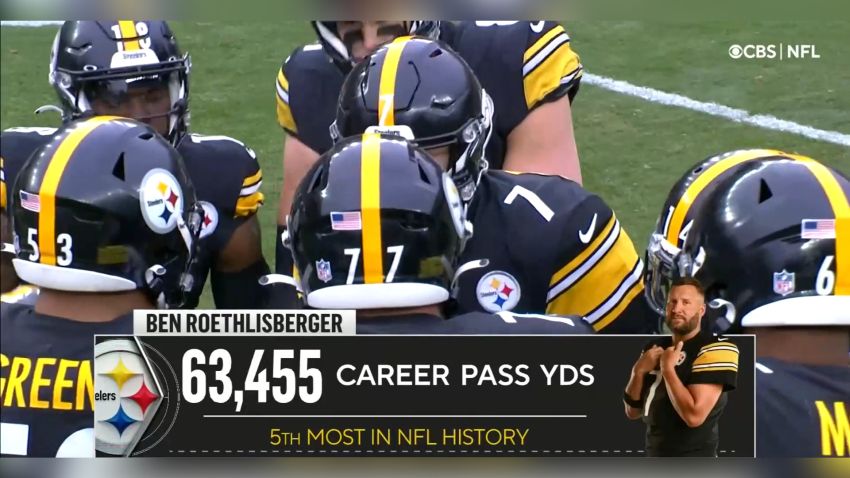 Ben Roethlisberger now has the fifth most passing yards in NFL history. Needing just 27 yards entering today’s game against the Tennessee Titans, Roethlisberger passed Philip Rivers for the #5 spot on the all-time list.

Roethlisberger is well over 63,000 yards in his NFL career which began back in 2004. He’s been among this era’s best quarterbacks, a two-time Super Bowl winner. A sure-ballot Hall of Famer, these types of milestones will only help to pad his incredible resume.

To put his numbers in perspective, Roethlisberger has nearly as many passing yards alone as the #2-5 Steelers’ on the franchise all-time list. As a rookie in 2004, he threw for over 2600 yards. As he became a more central figure in the Steelers’ offense, his numbers shot up. He’s led the league in passing yards twice, first in 2014 and again in 2018. The latter was his first and only time over the 5000 yard mark, finishing the season with 5129. It’s the seventh most passing yards thrown in a single season in NFL history.

Fifth place is where Roethlisberger’s career will end. There’s quite a bit of space between him and fourth place. But to hit the top five in all-time passing yards is a special feat and great achievement in what is almost certainly his final NFL season.