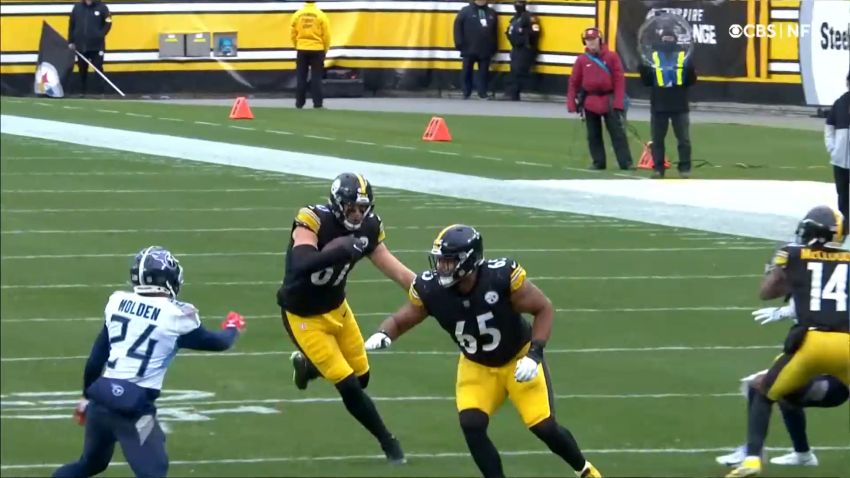 Pittsburgh Steelers starting tight end Pat Freiermuth is in the concussion protocol for the second time this season. The first time he suffered a concussion, he was able to play the next week. But he was already practicing the next time they got back on the field. This time around, for whatever reason, he was a non-participant during Wednesday’s practice.

It remains to be seen if he practices today, but if he doesn’t, it’s hard to see him playing against the Kansas City Chiefs, especially as a rookie. In the event that he doesn’t play, a lot is going to fall upon the shoulders of Zach Gentry, a third-year veteran who has played very little prior to this season.

Nevertheless, he has the confidence of quarterback Ben Roethlisberger to be able to step up if needed. “Zach’s been here with me for a little bit and is a guy that we trust and knows the offense”, he told reporters about Gentry.

“He might not be the most explosive guy but he’s a guy you can trust that’s going to make the plays”, he went on. “Last week he made a really big play for us. If we don’t have Pat it won’t be great, but we have to have faith in Zach and [Kevin] Rader if he’s up to do what we need them to do”.

The Steelers already have one tight end, Eric Ebron, unavailable; he is out for the year on the Reserve/Injured List. While Gentry has been playing all season long, he has functioned primarily in a blocking role across 339 snaps played. He has only been targeted 14 times, catching 10 passes for 97 yards.

Seventeen of those yards did come in the Steelers’ last game, just after Freiermuth left the game with a concussion. The big tight end—he is 6’8” and 265 pounds—caught a screen and turned upfield, lowering his shoulder into a defensive back who quickly regretted his approach angle.

A former quarterback in college, Gentry was actually known more as a receiving tight end than as a blocker, and former Steelers tight ends coach James Daniel made that very clear in assessing him just after they selected him in the fifth round in 2019 out of Michigan.

What will he look like if he’s asked to be in a number one tight end role? That remains to be seen. There actually was a game earlier this season against the Browns in which he was targeted five times, catching three passes for 39 yards. That one game accounts for a full third of the total targets he’s received in his career.