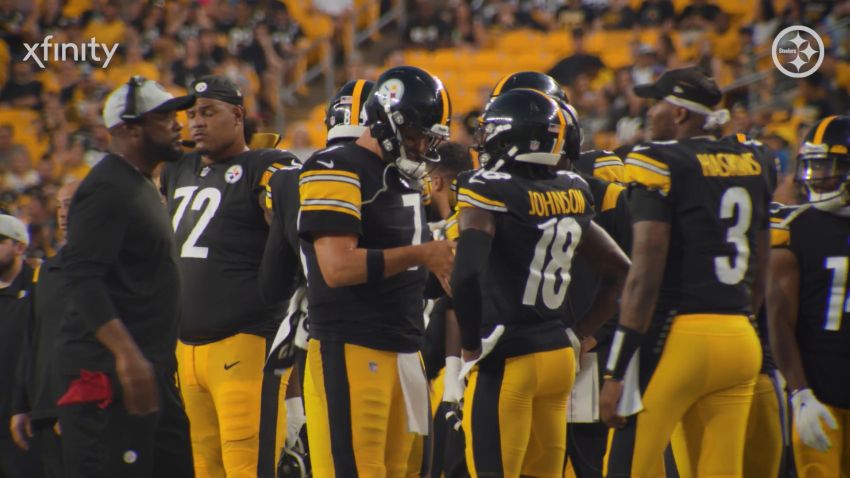 Splash plays. Every team wants them, but how do they happen? This article is going to look at the defense of the upcoming opponent, focusing on the three big plays they allowed the previous or recent weeks. It’ll take a look at the whole play, including details such as personnel, formations, blocking schemes and route combinations. As a follow-up to each play, there will be the Steelers Scenario identifying the player or players who could benefit by running similar plays.

The Chargers have a bunch of receivers to the right with two tight ends and a wide receiver. They have a receiver in the slot to the left and a running back to the left of the quarterback who is in shotgun. Kansas City has its nickel defense on the field and will play Zone coverage.

Tight end Stephen Anderson (82) is in the front of the bunch and will run an over route behind the linebackers. Josh Palmer (5) is on the outside of the bunch, and he will cut under Anderson to run a shallow crossing route to the left. Running back Justin Jackson (22) will release and run a crossing route to the right. Tight end Tre’ McKitty (88) will release behind Palmer and will settle near the sideline. Mike Williams (81) on the left side will run a deep out route.

The crossing routes underneath keep the linebackers occupied, and the deep out route by Williams will pull the near corner and safety with him. This leaves a hole behind the linebackers for quarterback Justin Herbert (10) to hit Anderson for a 12-yard gain and move the chains.

Steelers Scenario: This bunch set is something the Steelers use often. Have Diontae Johnson on the deep out to draw the attention. Run Ray-Ray McCloud and Najee Harris on the crossing routes and get Chase Claypool on the deep over route.

Los Angeles lines up with three receivers to the left and one to the slot on the right. The running back is to the left of the quarterback, who is in shotgun. The Chiefs have six defensive backs on the field and will play Man coverage while bringing a blitz.

Before the snap, running back Joshua Kelly (27) will motion out wide to the right and Bolton (54) will follow him. To the left, Palmer on the outside will run a hitch to the sticks and Williams will run a slot fade to the top of the screen. Tight end Jared Cook (87) has safety Juan Thornhill (22) on him, and he will come on a blitz. This puts safety Tyrann Mathieu (32) on Cook, who runs a quick curl to the outside. Kelley will run a go route up the right side line and Keenan Allen (13) will run a slant against cornerback DeAndre Baker (30).

Steelers Scenario: This is an easy one against this coverage. You want your best route runner on the slant to beat the one-on-one coverage, so that is Johnson. Claypool would be the second option in that role.

The Chargers are in a similar formation as the first play. The bunch is on the left side this time with one receiver in the slot to the right. The running back is flanking the quarterback to the right, with the QB in shotgun. Kansas City is in their nickel grouping and will again bring a blitz and play Man coverage.

Palmer is on the outside to the left and will be moving in motion to the right at the snap, and Herbert will use play action to fake it to Jackson. Kansas City is going to blitz Bolton and corner Rashad Fenton (27) on blitzes on the outside. Palmer’s motion will turn into a wheel route, and he his picked up by the safety, Mathieu. Williams from the slot on the right will run a go route up the numbers.

Cook, who was lined up on the wing to the left, will run a drag route behind the line of scrimmage into the area vacated by Bolton. With the Chiefs in Man coverage, Thornhill has to come from ten yards off the line of scrimmage and across the formation to cover him. Herbert reads the blitz and hits Cook with a six-yard pass that he turns into a 15-yard gain.

Steelers Scenario: The drag route is for Pat Freiermuth if he’s available, but if he’s not, run it with Zach Gentry. Put Claypool in motion and on the wheel route to be an option on a jump ball, and run James Washington on the deep route up the numbers.