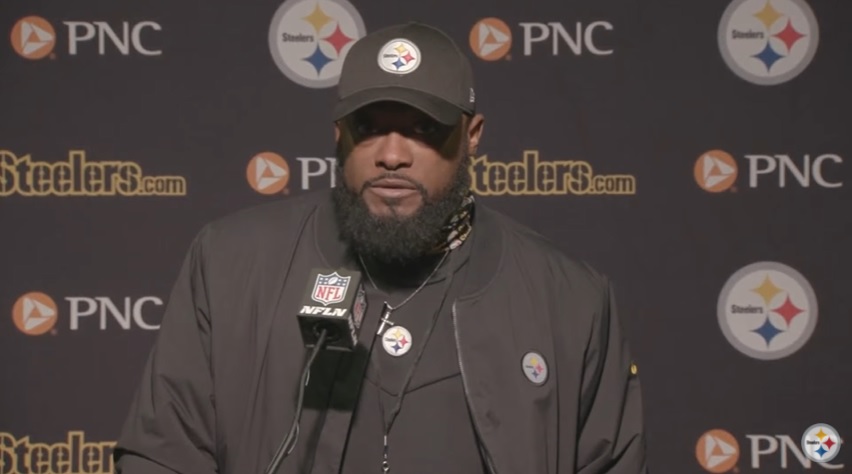 A thrilling, 28-point comeback in the second half made it close, and gave Pittsburgh a chance to tie the game on the final snap. But Thursday night’s game between the Steelers and Minnesota Vikings continued a negative trend for the Steelers, who once again started the game incredibly slow, and had to play catch-up throughout the rest.

On Thursday, four days after being shut out in the first quarter against the Baltimore Ravens, Pittsburgh failed to score a point in the first half against the Vikings. Making matters worse were 23 first-half points from Minnesota, and the score reached 29-0 by the time Pittsburgh managed to reach the end zone.

The comeback attempt was as spirited as could be hoped for, and would have been an NFL record for the largest regular season comeback ever had it been completed. But the hole dug early by another slow start was too big for even a four-touchdown effort to overcome late, and left Pittsburgh head coach Mike Tomlin addressing why his team has been starting slow for several weeks now, in a postgame press conference shared by the team.

“We’re getting beat on the line of scrimmage on both sides of the ball,” Tomlin said. “Really, I’m not going to make it more complex than what it is. Football is a complex yet simple game. You got to whoop blocks, you got to make tackles, you got to sustain blocks, you got to make sure your power is falling in the right direction. We’re not doing those things. We’re not going those things nearly consistently enough to hang out hat and find the type of footing to have consistency in performance.”

The Vikings visibly controlled the line throughout the entirety of the first half. Minnesota running back Dalvin Cook, a late confirmation to be playing on Thursday, took 14 carries for 154 yards and a pair of touchdowns in the first half, behind some wide running lanes created by the Viking offensive line. By contrast, Pittsburgh could not clear that type of space for Najee Harris, who had 17 yards on seven carries in the first half. Adding to it, Steeler quarterback Ben Roethlisberger was sacked four times before the break.

Things improved for Pittsburgh’s offensive line by the end. Roethlisberger was sacked only once in the second half, and Harris finished with 94 rushing yards and a touchdown on the ground (he also caught one). Cook’s average per carry also fell, though he still finished with 205 yards (one short of his career high) on 27 carries.

Thursday is now the fourth consecutive game Pittsburgh has started slow, and been forced to play catch-up in. Sunday’s win over Baltimore, the team had only a field goal through not just halftime but three quarters. The same occurred the week before that against the Cincinnati Bengals, and a week before Cincinnati, the Steelers had only a field goal up until the final couple minutes of the first half.

Altogether, it is a stretch that has pushed Pittsburgh down to 6-6-1, and forced them to try climbing back into games shortly after they’ve started. Working in the team’s favor is a lengthy break before hosting Tennessee on Dec. 19, with enough time to try and figure out how to avoid coming out of the gates the way they did on Thursday, and several Sundays before.