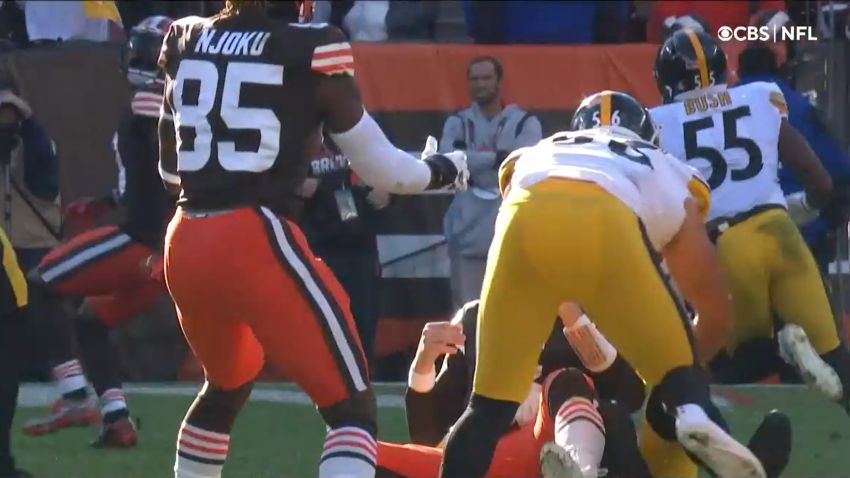 Alex Highsmith looked like he was ready to break out in his second season for the Pittsburgh Steelers after the great offseason and preseason the outside linebacker put together. It hasn’t quite shown in the ways he has wanted, but by no means has he played poorly, and his tape generally reflects better on him than does his stat sheet.

Though he has only missed one game, he only has three sacks on the season, for example, even if one of those sacks is made up of two shared sacks. He also has 10 quarterback hits, with 54 tackles, among which are 12 tackles for loss.

It can be frustrating for an outside linebacker not to get the numbers that are associated with the position, especially playing across from somebody like T.J. Watt, who is sitting at a league-leading 16 sacks in spite of the fact that he has missed a good chunk of playing time this year. But that’s not how he’s approaching it.

The former third-round draft pick has had two standout games this year, the first coming back in week six against the Seattle Seahawks. More recently, he put together a strong showing against the Los Angeles Chargers, especially after Watt exited that game with an injury. All of his three sacks and seven of his 10 hits have come in those two contests.

Highsmith is rated the 38th-best qualifying pass rusher in the league this season by Pro Football Focus, for what it’s worth. They credit him with 28 total pressures on the season, with a win rate of 15 percent. His pass rush productivity ranks 50th, however, but his win rate is more favorable at 27th. Watt ranks eighth in win rate, with Maxx Crosby and Myles Garrett tied at the top.

As with the rest of the team, he has four more games in the regular season to finish writing his story for this year. He has not had the sort of year that his offseason suggested might be in store, but that can be said for almost everybody on this defense. Better things are in store for him in the future.