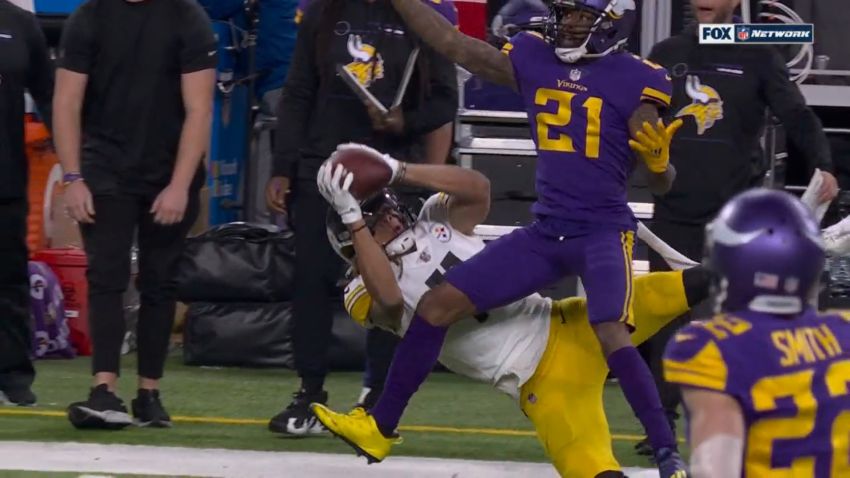 Reasoning: In spite of the fact that he showed obvious maturity issues and followed up with a lack of complete understanding over exactly what the issue was, Claypool ultimately came to play on Thursday night and made some exceptional catches.

I wrestled a fair bit with this one, to be honest. Stock down? Stock up? Stock even? I could have gone in any direction, really, but Chase Claypool had a significant enough week that he had to be weighed in some way. So I made my judgement, and I decided that I ultimately feel he improved his stock where it matters most, in spite of the other issues that remain.

The bottom line is Chase Claypool is here to run down the field and come down with the ball. That’s what he did on Thursday night against the Minnesota Vikings, and that’s why I judged that he improved his stock, because he hasn’t been consistently making those plays.

He had a game-high eight catches for 93 yards, on just nine targets. His season-long 16 yards per reception is the third-highest among players with at least 40 receptions. He has 47, for 753 yards, but he still only has one touchdown.

That’s not to dismiss the issues that we all know about. He’s not playing the complete game that is asked of him, at least not to the level of consistency needed, which is partly why he got benched. He took a very stupid taunting penalty.

He foolishly hammed it up during a two-minute drive with no timeouts, and then he got mad at his teammate for trying to hurry him up. After the game, he deflected blame onto the official while reiterating that he has to do better.

Concerns over Claypool’s maturity are not new. But if he can catch the ball and give the offense the explosive plays they’re lacking, that’s ultimately what matters most from a football perspective. Watching him on Thursday, I saw a player making the kinds of plays this offense needs. So stock up. Let the debate commence.