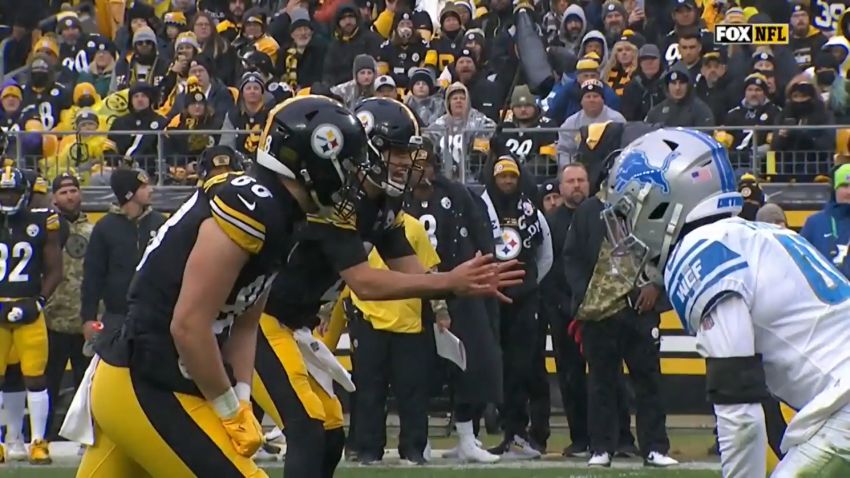 Reasoning: The rookie tight end recently indicated that he expects to play on Monday night after missing the Steelers’ last game due to a concussion.

No disrespect to Zach Gentry, who has shown a ton of encouraging growth this season, but the Steelers surely felt the absence of rookie starting tight end Pat Freiermuth on Sunday against the Kansas City Chiefs. Part of that was simply the depth of having only Gentry and Kevin Rader, but it absolutely goes deeper than that.

There’s a reason that Freiermuth has become a go-to target for quarterback Ben Roethlisberger on possession downs and in the red zone. His seven touchdown receptions is already tied for the most by a rookie tight end in team history, and just one off the franchise mark for the position in general.

While he has had a few drops, and one rather frustrating fumble, the Penn State product has generally displayed reliable traits that bode well for his future in Pittsburgh, and for whoever is throwing him the ball next season.

The only real concern about him is the fact that he has suffered two concussions this year alone, and that is a worry for his health. Regardless of whether or not that ever affects his performance on the field beyond missing a game, you never want to see somebody concussed.

While it’s not official yet, Freiermuth said on social media that he’ll “see yinz” on Monday night, an obvious reference to his expectation that he will be available for the Steelers’ final home game after sitting out Sunday’s game due to a concussion.

He did not practice at all last week. I would imagine there’s a good chance that he practices today in a limited capacity, though with an extra day, they may hold off. After his first concussion this season, he practiced every day of the week.