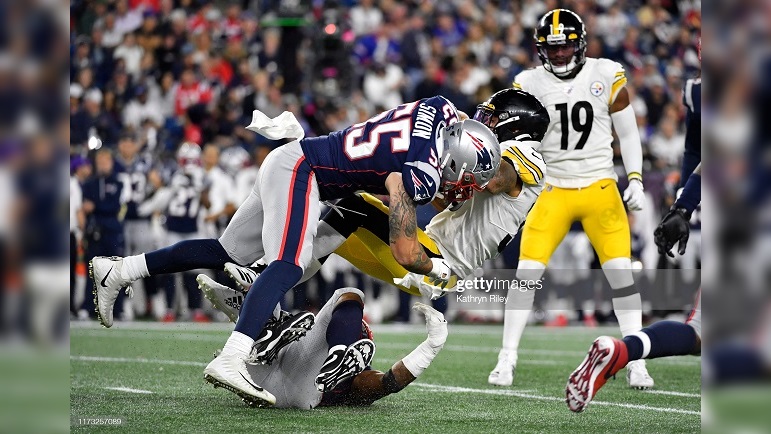 Reasoning: The Steelers addressed their outside linebacker depth this week by signing former Tennessee Titans edge defender John Simon to the practice squad, possibly with the ability to move him up to the 53-man roster by this weekend’s game against his former team.

You have heard the name of John Simon if you have been following Steelers Depot for a long time. He was first drafted by the Baltimore Ravens, in the fourth round in 2013, the year that both Alex Kozora and myself first came on board here. Dave Bryan was running the draft show at the time pretty much on his own, and was a big advocate for Simon.

Flash forward eight years, and they’ve finally gotten him—now at the age of 31, admittedly, and certainly well on the decline. But considering their backups behind T.J. Watt and Alex Highsmith are Taco Charlton and Derrek Tuszka, there is plenty of room for improvement. And both Watt and Highsmith are banged up.

Simon has started 52 of 99 games in his career, recording a total of 21 sacks in that span. He has had a journeyman career, with three-year stints with the Houston Texans and, most recently, the New England Patriots, where he’s played the last three seasons, but he’s also played for the Colts in addition to the Ravens and Titans. This is now his sixth team.

At the very least, he can come in and contribute on special teams. He has logged over 1,000 snaps in that area over the course of his career, with 152 snaps last year and 190 the year before that.

But if you’re expecting Simon to come in here and challenge Highsmith for playing time the way people viewed Melvin Ingram, think again. That’s not going to happen. He’s obviously here for depth, and that’s if he even ends up on the 53-man roster. But as long as he can be a mild upgrade over Tuszka, then there will be some value in the move.