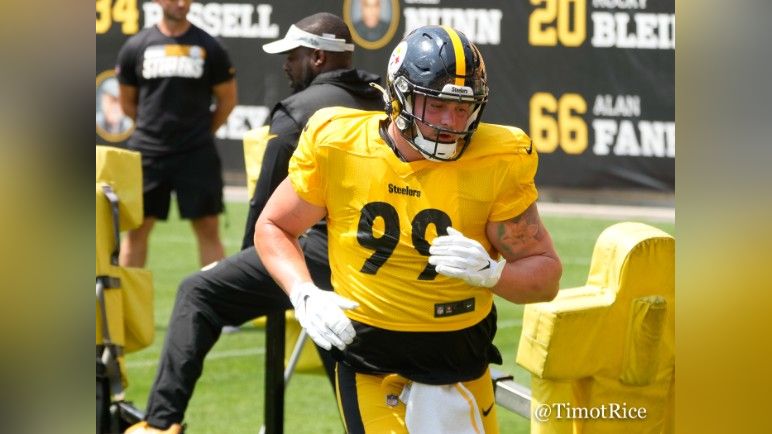 Reasoning: If the depth chart is to be believed, then Henry Mondeaux is the team’s new number one nose tackle, listed ahead of Isaiah Buggs, who was a healthy scratch on Sunday.

Henry Mondeaux was originally called up from the practice squad a year ago in order to participate on special teams. He’s played over 220 snaps on defense since then, including 46 snaps over the course of the past two games.

While it doesn’t mean that his playing time is suddenly going to skyrocket, given that he is listed at nose tackle, and nose tackles simply do not play very much, it is still worth noting that head coach Mike Tomlin felt it significant enough to acknowledge a change on the depth chart, playing Mondeaux ahead of Isaiah Buggs as the top nose tackle.

Buggs, a third-year player out of Alabama, has both talent and skill. But he struggles to use them in conjunction with one another on a consistent basis. The coaches have seemingly grown frustrated with that and presumably believe it’s been a contributing factor to their inability to stop the run.

Even though the team just added Montravius Adams, and they may be getting back Carlos Davis from the Reserve/Injured List, it’s unlikely that either of them are going to be prepared to take on a heavy workload right out of the gate.

And as they return to a 53-man roster, somebody is most likely going to lose a roster spot. It may very well end up being Buggs, if Mondeaux continues to remain ahead of him, and given that he is more fit to also take snaps at the defensive end position, he likely has an edge.

With that said, Mondeaux hasn’t offered anything special, either, and isn’t about to. He has seven tackles and one sack on the season, and the majority of them are assists. That’s a purely statistical evaluation, but just go back to Sunday and see the traffic he gets caught in going sideline to sideline on those runs.