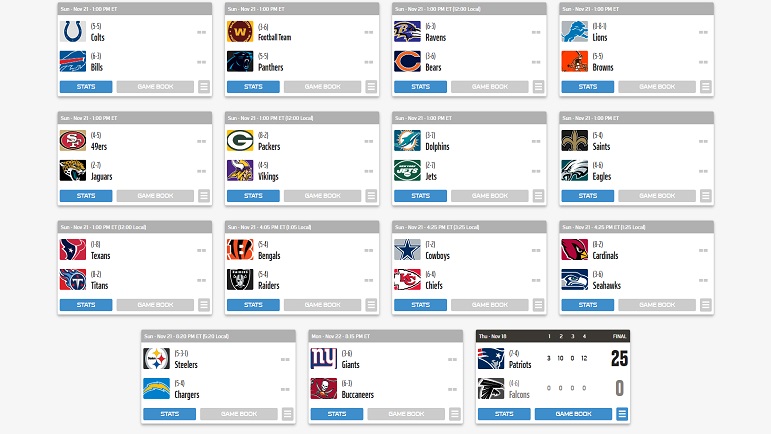 With the Pittsburgh Steelers playing on Sunday night in Week 11, we’ll have a chance to sit back and watch all of the Sunday NFL games. We already watched a few key AFC North games on this Sunday and now we can sit back and watch the Cincinnati Bengals play the Las Vegas Raiders as part of the Sunday late game action that’s now on tap. Several of us will be doing a little bit of fantasy football scoreboard watching today and we invite everyone to watch along and chime in below in the comments.