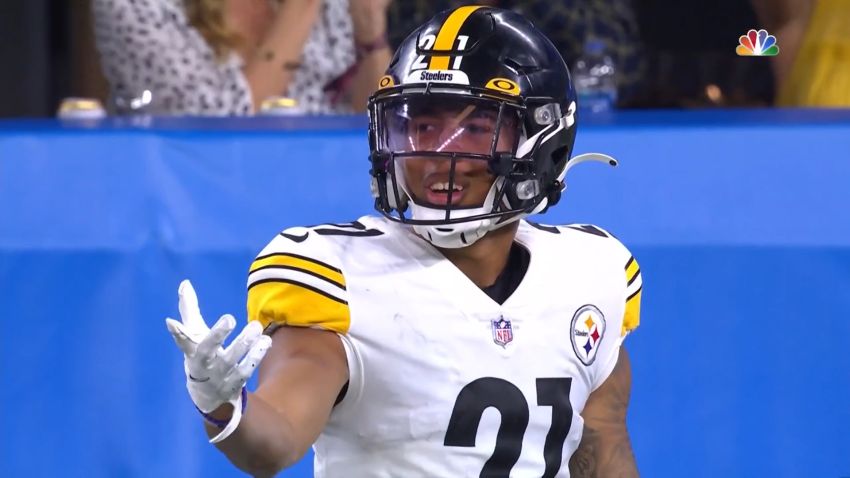 Though they had one fewer rookie contributing than normal due to defensive lineman Isaiahh Loudermilk missing Sunday’s game with an injury, the Pittsburgh Steelers had six of them starting in all, with seventh-round defensive back Tre Norwood making a start at free safety in place of Minkah Fitzpatrick, on the Reserve/COVID-19 List still as of this writing.

It’s not new at all for him to be on the field, mind you. Norwood had contributed defensively in every game so far leading up to Sunday’s, including opening the season as the primary slot defender, and logging 118 snaps in the first two weeks of the season.

But playing at free safety, for every down, rather than as a sub-package player, was certainly new for him, and his 76 snaps—100 percent of the defensive total—was significant for him, as he acknowledged speaking to reporters earlier today, who asked him to grade himself on his first start.

“I always try to prepare myself like I’m going to start. Just making sure that I come in each day and detail out my work. That’s something that I attack the week with”, he said. “The game didn’t end how we wanted to. There’s definitely things I need to clean up on my end, so starting today, come out here and get things rolling again, continue to prepare myself how I always do, like I’m going to be the starter, whether I am or whether I’m not”.

Head coach Mike Tomlin said yesterday that they anticipate getting Fitzpatrick back this week, which should not be a surprise, given that he first tested positive for COVID-19 last Monday. He should hopefully be activated any day now, and will obviously move back into the starting lineup.

Where that leaves Norwood remains to be seen. His playing time seemed to be ticking back northward before this past week, perhaps resuming his role as the primary nickel defender, but it may be that they will split up that assignment between himself, Arthur Maulet, and James Pierre (playing on the outside).

Norwood has now played 300 defensive snaps on the season, but he has also played 114 snaps on special teams. In fact, he logged a total of 100 snaps on Sunday between both units—a rarity, I would imagine.

Thus far, he has recorded 26 tackles on the season, including one tackle for loss, and three passes defensed. He set a career high with seven tackles in Sunday’s loss to the Los Angeles Chargers, during which only he and safety Terrell Edmunds played every single snap.