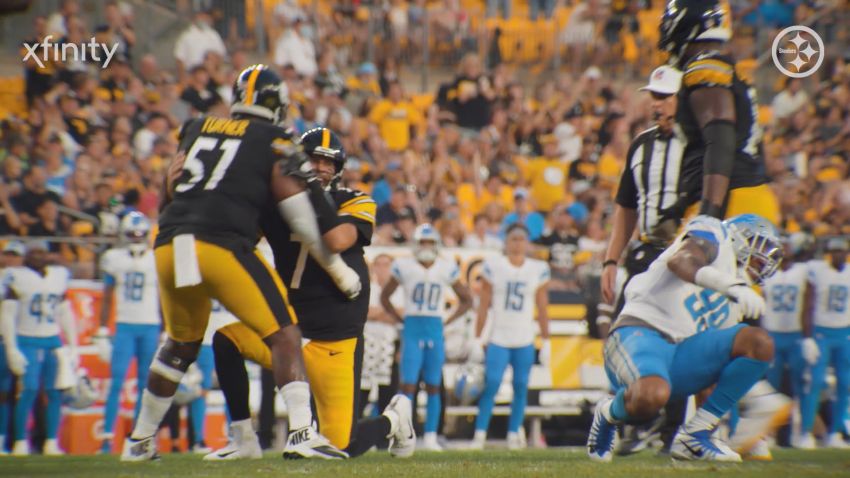 While the Pittsburgh Steelers went through a period in the late-00s and early 2010s in which their offensive line play, let’s say, left a little something to be desired, that group of linemen still played an important role within the overall structure of the team. They were also a big part of the ‘heart’ of that locker room, both on and off the field.

Guys like Willie Colon and Chris Kemoeatu set the tone for the club on the field. They were physical, they were emotional, and they were quick to let people know where they stand. The Steelers had Maurkice Pouncey as their emotional leader for years, but their line this year is nearly totally different.

Though he’s the newest member of the group, Trai Turner may be that ‘heart’ in the offensive line room. It helps that he is a five-time Pro Bowler and a seasoned veteran, even if he is still under 30 years old. But it’s been evident a number of times this season already that he plays with a certain energy to him when he is on the field.

“I get emotional. I feel my emotions, rather than ‘emotional’”, he admitted in speaking to reporters earlier today when he was asked if that is part of his style of play. “You play within the restraints of the game, but if you don’t get fired up out there, I think something might be wrong with you”.

An LSU graduate, Turner spent his first six seasons in the league with the Carolina Panthers, where he reached the Super Bowl with the club in 2015, his second season. He played with the Los Angeles Chargers last year, and signed as a free agent with Pittsburgh this year.

That signing game at the end of June as minicamp was ending, the same day that the Steelers waived David DeCastro, himself a six-time, nine-year veteran, with an ankle injury that required surgery. While he hasn’t made any announcements, I’m inclined to assume that DeCastro’s plan is to retire.

Of course, Turner’s ‘emotional’ reputation in Pittsburgh stems primarily from the fact that he actually spit at a player in week two against the Las Vegas Raiders. He claims that he was spit on first by a Raiders player, and has consistently had the whole team’s support. He was ejected from the game for that incident, and he was genuinely remorseful that he didn’t handle himself better, but everyone has long moved on.

In fact, he has been embraced as a leader and mentor by this young offensive line group, particularly by the rookies, center Kendrick Green and tackle Dan Moore Jr., who are both in the starting lineup. Second-year Kevin Dotson leans on his experience, as well.

Slowly but surely, this piecemeal offensive line has been coming together in recent weeks, and that goes for both their on-field performance and their off-field bond. They are increasingly playing as a unit, something that does come, at least in some intangible way, from the heart. Turner has been a big part of that.