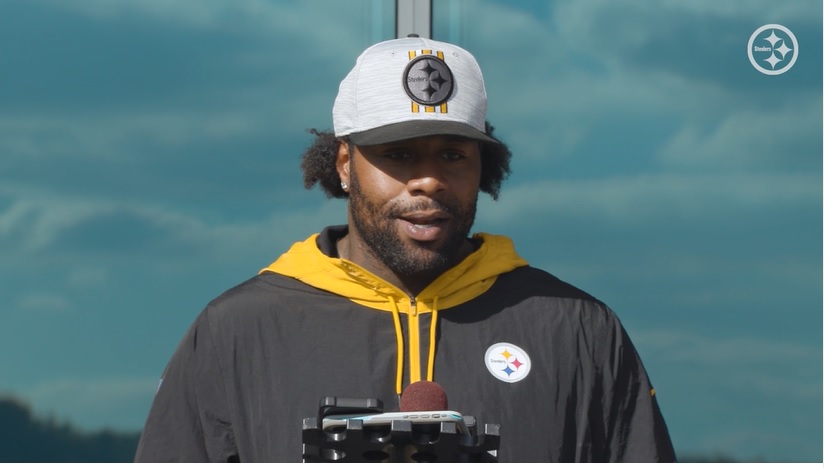 Trai Turner may only be 28 but he’s the Yoda of the Pittsburgh Steelers’ offensive line. Being 28 with a handful of years in the league easily makes Turner the oldest and most experienced starting Steelers’ lineman (backup BJ Finney is 30, for the record). And it’s Turner who is helping lead the charge of an o-line that’s finally found its footing.

Turner spoke with reporters Friday about the growth of the group and how they can continue to get better.

“It’s just about purpose,” Turner said via the team site. “You come out here and you practice with a purpose I don’t think you have to have a coach, or you have to have anybody to tell you what you need to be better at and how you need to fix it. I think it’s all on each individual man to come out here and get the job done. I said it when I first got here, I wasn’t brought in to be taught how to play right guard. I was brought in to play right guard. I preach the same things. We do have coaches that put us in the correct positions and tell us the spots…but it’s on you to go out there and make it happen.”

Turner has been through the highs and lows of a NFL career. A third round pick of the Carolina Panthers in 2014, he emerged into a punishing, Pro Bowl guard, selected five times his first six years. But injuries began to add up and he was traded from the Panthers to the Los Angeles Chargers in 2020. He struggled there, continuing to deal with injuries, and remained a free agent this season until well in the spring when Pittsburgh signed him to replace David DeCastro. DeCastro was the last piece of the “old” Steelers’ line, figuratively and literally, to go, forcing a new face like Turner to take the mantle of leader.

After Wednesday’s practice, the entire starting o-line reportedly remained on the field for an extra 10-15 minutes, putting in extra work to gain any extra edge possible.

“That’s what those extra 10-15 minutes on the field is about. It’s one thing going over in the meeting room, but there’s a different thing when you put the cleats on. Cleat the grass and actually feel punches, feel steps, feel sets. Actually getting to describe and show rather than just articulate what to do. Showing people how to do things and going over the small details and nuances of things. Just to critique it and create a clearer and better understanding.”

A tremendous, detailed answer that makes it easy to understand how and why this o-line is improving. Far from perfect, they had arguably their best run-blocking performance of the season Sunday against a tough Browns’ front, running for over 100 yard again in the victory. Pass-protection needs more work but there’s been strides made there too. Ben Roethlisberger’s taken a lot fewer shots during the team’s win streak.

Turner took things one step further and got downright philosophical about his approach to teaching the younger guys.

“As much as I’m giving, I’m relearning. I look at it as re-course. I’ve been through it already but when you hear something that you hadn’t heard in a while, sometimes it sounds new. So it was just a lot of re-course going back over things and sharpening knives. You can have a knife for a few years but if you never sharpen it, it does get dull. So you just keep sharpening those knives eyes and just keep getting better and keep striving. And I think we’ll be where we want to be.”

Turner and the rest of the group will show off their new tools Monday night against the Chicago Bears. At times, it may have looked like something out of a Chopped basket but Pittsburgh is cooking up a pretty impressive meal.