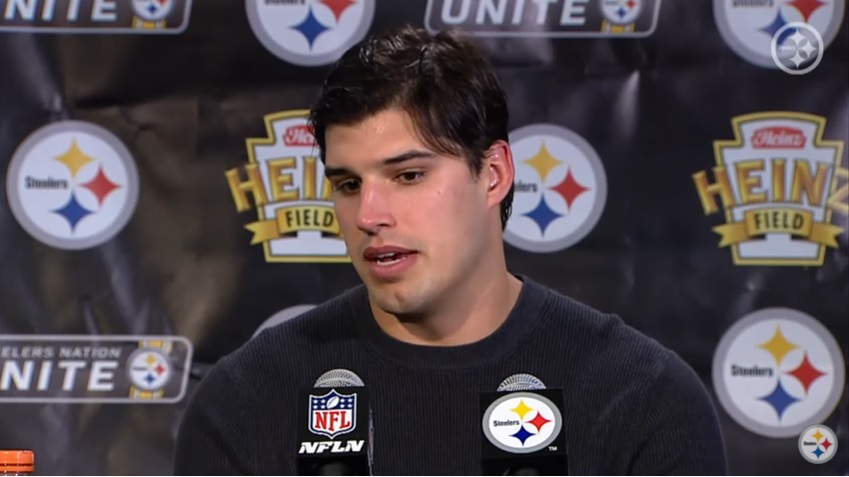 After the 16-16 tie, Tomlin was asked to evaluate Rudolph’s play.

Tomlin is correct in the strictest, most technical sense. The Steelers and Lions played a close game throughout and Pittsburgh had the ball on the edge of field goal range in the overtime’s final seconds. Pat Freiermuth’s fumble closed the door on Pittsburgh even having a chance to win it.

Tomlin said the gameplan did not change after Roethlisberger was ruled out. Speaking to reporters, Rudolph generally agreed but said things were tweaked to tailor to what Rudolph felt most comfortable with.

“We talked last night,” Rudolph said post-game. “Coach Canada and Coach Sullivan. Whether it was last week or last year, giving me a lot of input. Every quarterback is a little different with what they like and situational football. Third down, red zone, two-pint plays. We had a long conversation and they were honed in on what I liked. I don’t think we changed much but there’s different plays that I like that Ben didn’t like. We like different things. You try to get that communicated.”

Rudolph said he and Roethlisberger did not communicate Saturday after Rudolph was announced as the team’s starter.

In part thanks to going an extra quarter, Rudolph finished the day with 50 passes. He completed 30 for 242 yards, one touchdown, and one interception. But he could’ve been picked off a couple more times, including a 3rd and 26 prayer in overtime, and following an opening drive score, he did little well for the team.

There’s no question Rudolph was in a difficult spot. But he’s not a wide-eyed rookie. He got the majority of the reps during the week after Roethlisberger sat out the first two practices (though Wednesday’s session was something closer to a walkthrough). Rudolph has started, he’s come off the bench, and none of this is new to him. His play, at best, was one of a middling backup.

That isn’t to put all the blame on him. Two overtime fumbles, one by Diontae Johnson, the other by Freiermuth, cloud positive moments for this offense and real chances to win the game. But Rudolph did little to elevate the play of anyone around him. Perhaps that wasn’t the Steelers’ expectation. But that speaks volumes about Rudolph’s future. If there is one is Pittsburgh, and after signing an offseason extension, he’ll be back in 2022, but it should be in the role of backup. Not starter.