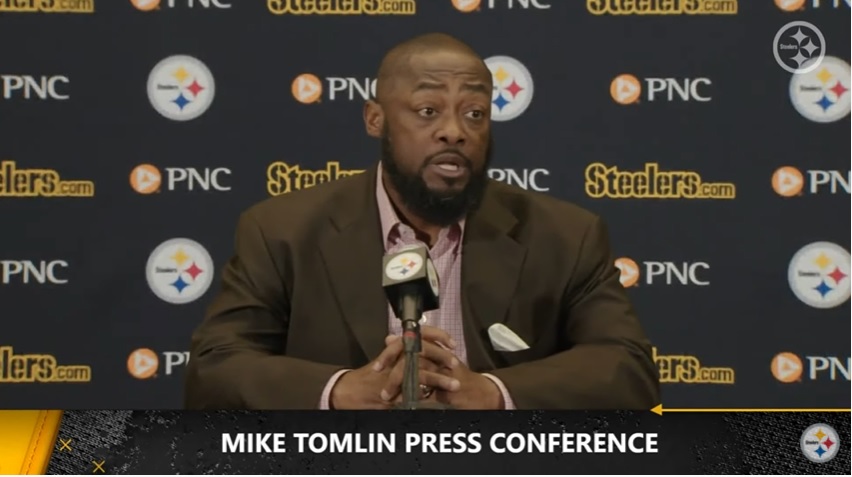 Who are the top two teams in the NFL right now entering Week 11? Can one definitively say or agree? Does it seem like the NFL has achieved a high level of parity? It certainly seems like it, right? After all, Week 11 of the 2021 regular season starts on Tuesday, and it includes 19 teams with a record of .500 or above. On Tuesday, Pittsburgh Steelers head coach Mike Tomlin was essentially asked how he feels about the seeming parity the NFL has.

The question that Tomlin was asked on Tuesday came from Aditi Kinkhabwala of the NFL Network.

“There are currently 13 teams in the NFL that have either four or five wins,” Kinkhabwala stated to start her question. “That’s never happened in the history of the league. Just globally speaking, when there are this many teams bunched together, when your division itself is so close that no one really seems to be on a run, what is the statement on the game and how do you feel about that?”

Tomlin didn’t take long to get his answer out.

“There is none,” Tomlin said. “It doesn’t change my approach or our approach or our focus. We don’t worry about the Joneses; we take care of the Pittsburgh Steelers. This is a big game because we’re it. And I say that every week and I mean it. As long as you’re taking care of your in-stadium business, very rarely do you have to really look around and wonder what’s going on around you. Over the course of the last month, I, and we, have probably done very little of that because we’ve been taking care of our business. And so that’s where our energy and focus is and should be, preparing ourselves to take care of our business, and that becomes a less important discussion.”

In all honesty, why would Tomlin care about so many teams being bunched together at this point of the season? Sure, he is on the Competition Committee, but that’s just to help with fair play. I mean, why would a head coach care about seeming parity in the NFL right now? The goal is to win every week and not worry about what other teams are doing. If a team wins all 17 of their games, it doesn’t matter what the other 15 teams in their conference do.

Speaking of Tomlin being a member of the NFL’s Competition Committee, he was asked to give his thoughts on overtime periods being just 10 minutes in length on the heels of his team playing in such a game in Week 10 that ultimately ended in a tie. He was asked if he’s happy with the 10-minute length.

“We continually look at things such as that,” Tomlin said. “Those discussions are centered around player safety. We want to have a sufficient enough time to determine a winner while at the same time working to minimize the number of snaps a group could play in the game. Because you’ve got another game waiting on you usually in six or seven days, and that’s the case in the league. And so that’s always the premise of the discussion. And I have nothing that transpired that disputes that discussion, or my position within the discussion, because we were in an overtime game that ended in a tie. I’m not going to be selfish in that way.”

It’s good that Tomlin isn’t going to be selfish in that way. After all, the Steelers had more than enough time to beat the Lions in overtime on Sunday. They couldn’t, however, and the game ended mercifully in a tie.