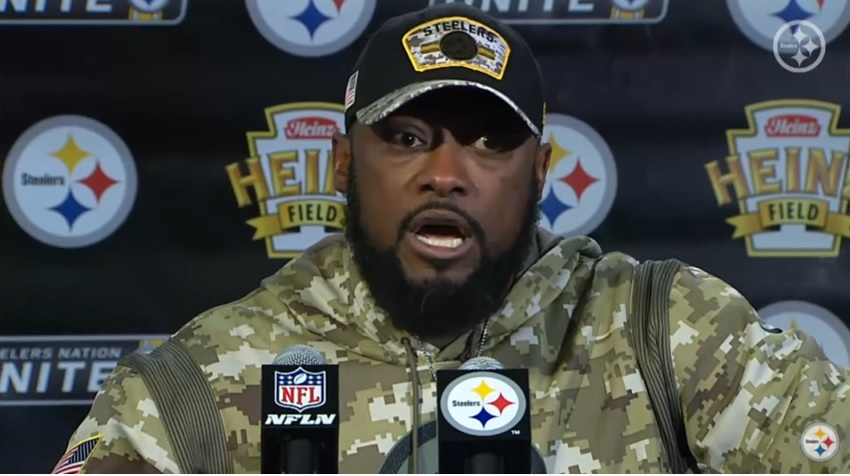 It certainly wasn’t pretty in the second half once again in a home primetime matchup against an NFC opponent.

Once again though, the Pittsburgh Steelers didn’t blink in staring down adversity, pulling off a 29-27 win over the visiting Chicago Bears on Monday Night Football in a game that surely aged members of the fan base at least 10 years throughout the game.

Pittsburgh appeared to be in control of the game, jumping out to a 14-0 lead, but slowly and surely as the offense bogged down and the defense was on the field for long stretches of action, the Bears were able to mount a comeback, taking a 27-26 lead on a terrific drive by rookie quarterback Justin Fields, putting the Steelers behind the 8-ball late in a game in which they were fully in control.

But like they have in wins over the Denver Broncos, Seattle Seahawks, and Cleveland Browns this season, the Steelers made plays when it mattered most, not backing down under the pressure of adversity to pull out a much-needed win, moving to 5-3 on the season in the midst of a four-game winning streak.

After the game, Steelers’ head coach Mike Tomlin was asked if he learned anything about his team’s resilience on Monday night. The veteran head coach quickly shot that question down, stating that he had already learned quite a bit about his team earlier in the season in those types of situations. That said, Tomlin was pleased to see the offense get tested with some adversity, and was thrilled to see the Steelers’ offense deliver in the clutch.

“I think we’ve displayed that throughout the season,” Tomlin said to the media following Monday night’s win, according to the Steelers’ official YouTube page. “We made plays at the end of the game versus Denver. We made plays at the end of the game versus Seattle. I thought the significant thing in this one was that the offense had an opportunity to do it. And so that’s the awesome thing about team sports and football in particular, you’re going to face enough adversity that everybody’s going to have an opportunity to ante up and kick in. And, and so that’s a good lesson to be learned through throughout this. Hopefully we grow and grow in the right, right ways when you deliver like that.”

The Steelers’ offense certainly came through in the clutch despite a rough patch of play early in the second half.

Staring down a 27-26 deficit, Ben Roethlisberger and the Steelers methodically marched down the field late in the game without the services of No. 2 wide receiver Chase Claypool. Roethlisberger hit rookie running back Najee Harris out of the backfield for four yards on the first play from scrimmage, and then found little-used backup receiver Ray-Ray McCloud for 12 down the left sideline, sparking the start of the eventual game-winning drive.

One play after yet another offsides penalty on the Bears, Roethlisberger hit Diontae Johnson on a slant for 22 yards, putting the Steelers on the edge of field goal range for Chris Boswell. After a false start on rookie left tackle Dan Moore Jr., Roethlisberger then found rookie tight end Pat Freiermuth for 13 yards, ultimately setting up Boswell’s game-winning 40-yard field goal.

In a game in which positive yards were a struggle for the Steelers’ offense to gain, the game-winning drive — which was Roethlisberger’s 50th of his career — was classic Steelers in comeback mode. Fortunately for Pittsburgh, the old man at quarterback can still get it done in these situations.

Now, like Tomlin said, the key for the Steelers’ offense have stared down adversity and won is to now grow, and grow in the right ways off of it.