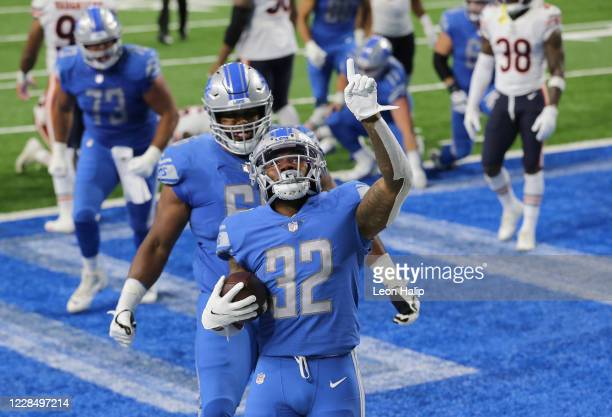 After a close victory over the Bears Monday night, the Steelers now turn their attention to the Lions. The Lions come into the game having just had their bye week, still searching for their first win of the season.

The Lions do still possess some talented players. Look no further than running back D’Andre Swift. Coach Mike Tomlin shared his thoughts on Swift ahead of this weekend’s game.

”Swift is really good on the perimeter and in the passing game,” Tomlin said Tuesday via the team’s YouTube page. “I’m seeing signs of his utilization that’s similar to Kamara’s usage in New Orleans, where Coach [Dan] Campbell comes from. This guy is one of the top backs in the league in terms of the passing game.”

Dan Campbell spent five seasons in New Orleans as an assistant. The Kamara influence on this Lions offense is obvious, and having a guy like Swift helps make it work.

The Lions’ backfield goes beyond Swift, as they have former Packer Jamaal Williams, as well. Williams has been one of the best backup backs in the league for years now.

“Swift and Williams are a really solid tandem. [Williams] is a one cut, deliberate downhill runner. His pile always falls forward.”

Williams is no slouch in the pass game either. He started for the Packers when they played the Steelers back in 2017. He racked up 66 rushing yards, 69 receiving yards on four catches, and two total touchdowns.

Williams is actually the Lions’ leading rusher on the season with 312 yards. He’s been more effective, too, averaging 4.4 yards per carry in comparison to Swift’s 3.2. Williams has added 16 catches for 99 yards in seven games, as well.

The Steelers’ defense will have their hands full with the Lions’ running back duo. Slowing them down will be key to getting a fourth straight win.