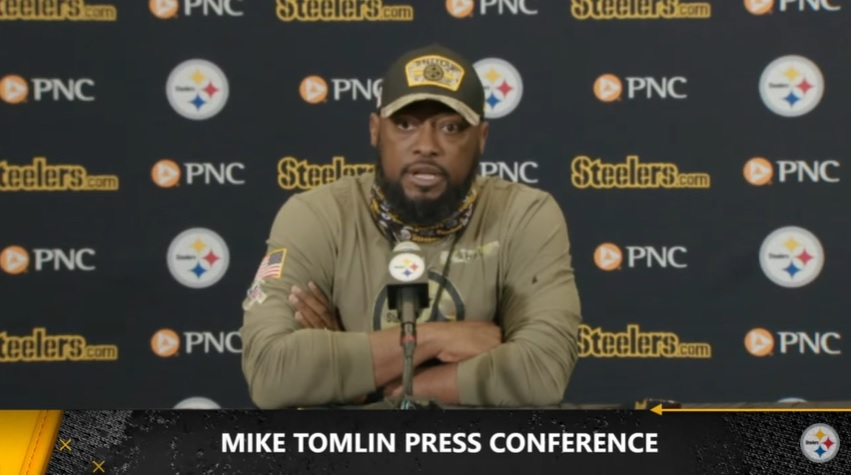 The Pittsburgh Steelers traded away outside linebacker Melvin Ingram on Tuesday, and with that deal with the Kansas City Chiefs now completed, many are speculating that the team might make another deal before the 4:00 p.m. deadline arrives later this afternoon. On Tuesday, Steelers head coach Mike Tomlin was asked during his noon press conference if he anticipates the team making any more moves ahead of Tuesdays trade deadline arriving.

“We’ll keep an eye on what’s available out there until four o’clock,” Tomlin said. “Not to lead you in any particular direction, it’s just a trade deadline. I’d imagine there are 31 other teams that are doing similar things.”

The Steelers could certainly use some help on their defensive line right now, as the team now has defensive tackles Tyson Alualu and Carlos Davis on their Reserve/Injured list. The Steelers, however, don’t have much in the way of good and valuable draft capital to trade away for a notable defensive tackle at this point, so that could make it tougher for them to get a deal done in the next few hours. We shall see.

The Steelers could also use a speedy Z wide receiver by the trade deadline as well, but it certainly seems that such an addition isn’t likely to happen by Tuesday evening.

Will the Steelers trade away tight end Eric Ebron on Tuesday? While overall it’s probably unlikely to happen, dealing Ebron by 4:00 p.m. is a plausible notion, especially now that he’s been passed on the depth chart by rookie tight end Pat Freiermuth.

There are now two and a half hours to go before the trade deadline hits so if the Steelers do wind up making another deal, we won’t have long to wait until it is reported.