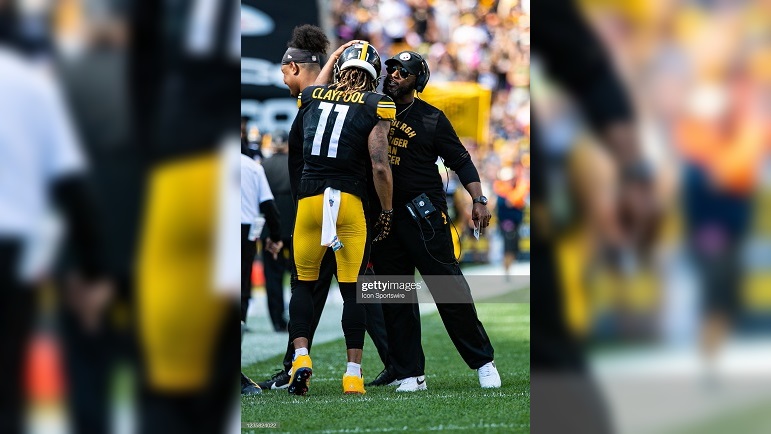 On Monday, Pittsburgh Steelers wide receiver Chase Claypool met the media, and later during his session, he suggested that perhaps the team might consider playing music during practices moving forward to make the sessions more fun and a higher tempo. As you can imagine, Claypool’s suggestion on Monday hasn’t been well received globally, especially on the heels of the Steelers getting blown out by the Cincinnati Bengals on Sunday.

On Tuesday, Steelers head coach Mike Tomlin was presented with Claypool’s “music during practice” suggestion late during his own weekly press conference. Judging by Tomlin’s response to the question, I think we can count on Claypool’s suggestion not coming to fruition anytime soon.

“Well, you know, Claypool plays wideout and I’ll let him do that,” Tomlin said. “I’ll formulate the practice approach and I think that division of labor is probably appropriate.”

Was Claypool just trying to be cute with his suggestion during his Monday Zoom session with the media? Was he trolling? The video of his response is below, and if you watch it, you can decide on your own.

Steelers defensive tackle Cameron Heyward made it clear during his Tuesday morning interview on DVE Radio that he hopes Claypool’s suggestion was just the second-year wide receiver joking around.

Claypool didn’t have a particularly good all-around game on Sunday against the Bengals, as not only did he have a very costly drop in that contest, but he also had a costly unsportsmanlike conduct penalty, as well.

Claypool’s Monday suggestion has now found its way into the major media circles, and it even surfaced on TMZ.com while I was writing this post. He is sure to catch hell from some of his coaches and teammates this week, and thus I doubt he’ll be having much fun during practice these next few days.

Claypool enters Week 13 having caught just 37 passes for 608 yards and a touchdown on 69 total targets. He was expected to make a big jump in his second NFL season in 2021, but that has yet to happen. He’ll certainly need a big game on Sunday against the Baltimore Ravens if the Steelers want to have a chance at winning that contest at Heinz Field.

For context, here is Chase Claypool and his music suggestion. Seems like he might be kind of trolling here, honestly. Yinz decide. #Steelers pic.twitter.com/WPzeVJtqW3