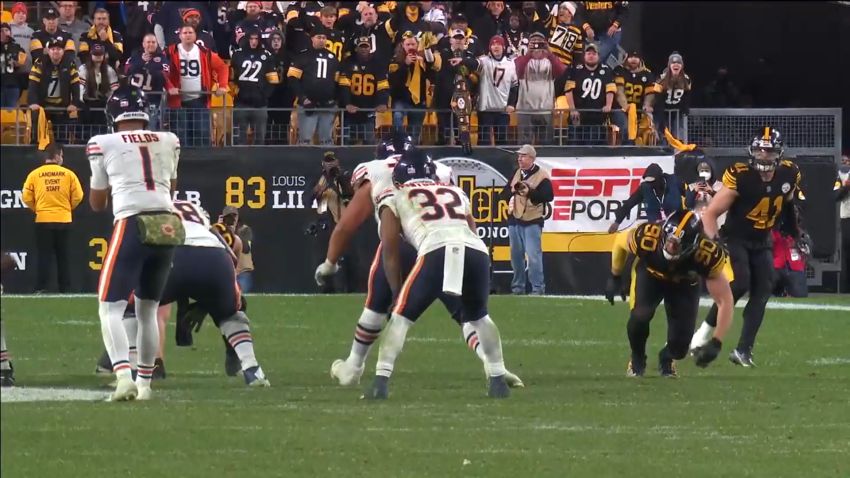 There is never a point in your career in which you can’t learn something. Even if there is a point at which you seem to know everything that there is to know, the reality is that the game changes every year—even every week—as do the people who play the game.

T.J. Watt of the Pittsburgh Steelers is one of the true elite talents among edge defenders in the NFL right now. While much of that can be attributed to his physical assets and his fundamentals in his craft, so much of it is learning. Learning about opponents, both generally and specifically.

This week, that includes learning Riley Reiff, the first time he faces him as the Cincinnati Bengals’ new right tackle. And it’s also about tendencies, what particular teams like to do in particular situations, in particular sets, against particular fronts.

“I think it’s just trying to use as much context clues as you possibly can, when it’s down and distance, formation structures”, Watt said of how he sets himself up before the play. “All that type of stuff to know, to give yourself the right mindset to know what kind of play you could possibly be getting. Just knowing, ‘hey, I’ve got to play the run here, I can’t get super far’, or ‘I feel this is a passing situation, I don’t need to play the tackle as thick this time’”.

“It’s just certain stuff like that”, he said, “that, the more and more I play, I continue to watch more film and get more familiar with these guys, the better I feel like I can get in feeling comfortable reading those situations, whether it’s run or pass”.

A first-round pick by the Steelers in 2017, he has arguably improved every season, yet has already been a Pro Bowl-level player or better for a few years. He has been a finalist for the Defensive Player of the Year Award two years running, and is well within that conversation already this year.

Despite missing two games due to injury, Watt has already picked up 12.5 sacks this year in the eight games in which he has played, which is still just half a sack behind the NFL lead of Myles Garrett at 13, in 11 games. He also has 39 tackles, a full third of which (13) have been for loss, with 20 quarterback hits, three forced fumbles, two recoveries, and four passes defensed.

With his next sack, Watt will have hit at least 13 in four consecutive seasons. Since sacks became an official statistic in 1982, only Reggie White has ever done that—and wouldn’t you know it, that damn man did it twice, from 1985 to 1988, and then again from 1990 to 1993. Were it not for a ‘poor’ 11-sack season in 1989, he would have hit that mark in nine straight seasons.

That’s the sort of consistent dominance to which Watt aspires.