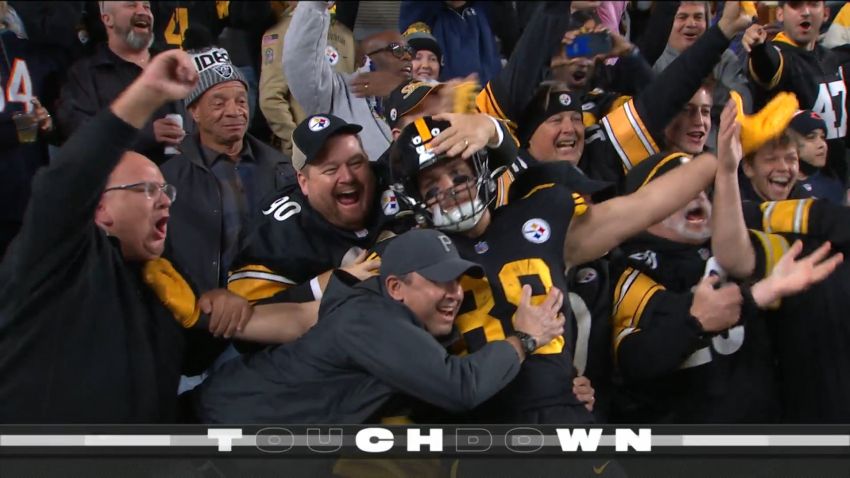 There is no exact science to putting together a unit, either on the offense or the defense. Generally speaking, one would think that you want to invest higher-round draft picks into the positions deemed to be of higher value, but it doesn’t have to work out that way.

Most thought that the Pittsburgh Steelers should invest in their offensive line early this year in the 2021 NFL Draft. Instead, they used their first two picks on a pair of skill-position players in running back Najee Harris in the first round and tight end Pat Freiermuth in the second.

They did go back in the next two rounds to address the offensive line, but the debate continues. Still, their young skill position players have undeniably been productive, with 10 touchdowns between them so far through eight games.

Harris has scored in five consecutive games, with six total scores, four rushing and two receiving. Freiermuth has caught four touchdown passes on the season. Both of them have scored in each of the past two games since the bye week, with Freiermuth putting up two scores against the Bears.

Despite some defensive injuries for the Chicago Bears, however, it was not easy sledding for the rookies, nor the offense as a whole. Outside of Harris’ 10-yard touchdown run, they struggled to move the ball on the ground, thrice coming up short on 3rd and 1, for example. They did convert on 4th and one, also on the ground, both times they attempted, settling for a field goal the third time, but it just shows how hard time they had getting the ground game going.

Both of Freiermuth’s touchdowns have also come on third down, the first on 3rd and goal from the 4 and the second on 3rd and 8 from the 10. They haven’t had to settle for a field goal once they got into the red zone, but it was close.

Part of the difficulty on the night, in truth, was the offensive line, which had been on an upward trajectory. This was not the best game of the season for either of the Steelers’ rookie linemen, however, with Kendrick Green failing to get push on those 3rd-and-1 runs and Dan Moore Jr. struggling to contain pressure off the left edge, leading to a sack and multiple hits.

In other words, there’s still a lot of work to do, but these two rookies are talented, and generally speaking, they are making the most of what they are given to work with. I don’t know what the offensive line might look like a year from now, but you know what Harris and Freiermuth are going to be doing.