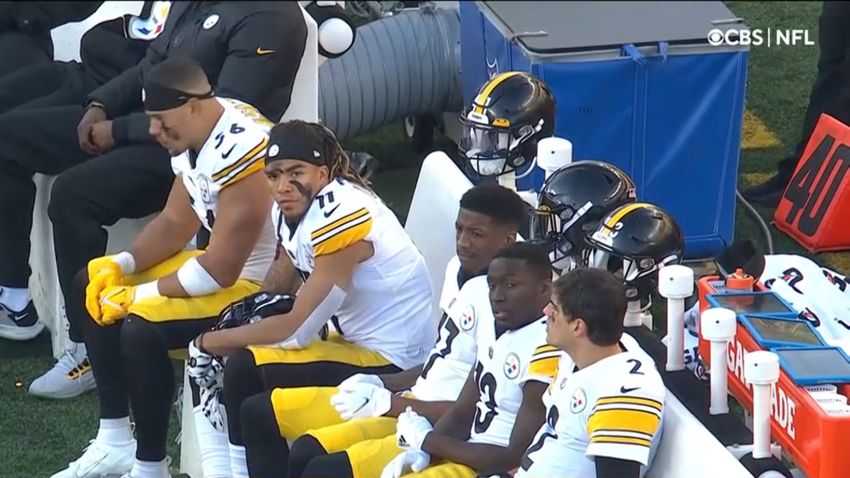 The Pittsburgh Steelers embarrassed themselves on the field today, so it’s fitting that it happened to come in a game marking a landmark in futility. They “stunk it up”, as head coach Mike Tomlin said in his post-game press conference, now for three games in a row against the Cincinnati Bengals going back to last season.

It’s the first time that they have lost three games in a row to the Bengals in 31 years. The last time they had a losing streak against Cincinnati longer than two games ended in 1991, losing every single game—six in all—against them between 1988 and 1990.

Pittsburgh did win eight straight games against the Bengals immediately following that six-game losing streak. Prior to this recent losing streak, they had beaten Cincinnati in 11 straight games, the Bengals’ last win over the Steelers having been all the way back in 2015, incredibly enough.

But history doesn’t provide us any comfort right now. Not even the most optimistic of fans can convince themselves today that the Steelers are still the better team, the Bengals now 8-4 on the season and Pittsburgh falling back to .500, at 5-5-1 on the year.

The Steelers are now at the bottom of the AFC North, pending tonight’s game between the Baltimore Ravens (7-3) and the Cleveland Browns (6-5), but either way, it’s clear that they have their work cut out for them going forward. They have already lost more games this year than they did last season.

It’s now been four weeks since Pittsburgh last put a W on the board, first tying the winless Detroit Lions, then blowing a late comeback last week against the Los Angeles Chargers, and finally, today’s blowout loss to the Bengals, which saw them trailing 31-3 at halftime, the first time they ever allowed 30-plus points to the Bengals in a half, and the largest deficit they’ve ever had against them at the half.

There is virtually nothing to feel good about coming out of today’s game about how the Steelers performed. This is the sort of tape that you want to just burn, but the reality is, this may be their resume at this point. Is there really much room for improvement? Would Joe Haden playing instead of James Pierre have made that much of a difference?

The bottom line is this was a historic level of ineptitude within a rivalry that the Steelers had owned in recent years, but it certainly seems as though the roles have now been reversed. Three losses in a row is a trend. And they’re looking up at the Bengals in the standings. Pittsburgh has a lot of work to do to fix this, and it’s hard to believe they can fix it this year.