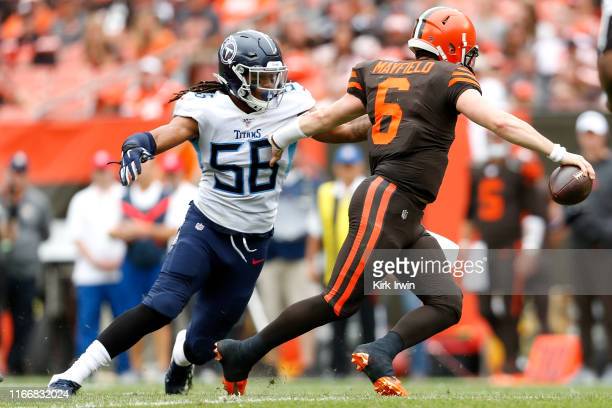 Some minor housekeeping news. The Pittsburgh Steelers held a visit with EDGE rusher Sharif Finch, according to the NFL’s transaction wire. That news comes via this tweet from Howard Balzer.

Finch, a pass rusher out of Temple, had most recently spent time with the Tennessee Titans. A UDFA in 2018, he signed with the Titans and spent 2018 and 2019 with the team. Over that span, he appeared in 23 games, recording 40 tackles with 3.5 sacks and two forced fumbles. Tennessee waived him in December of 2019 and though he was claimed off waivers by the Cincinnati Bengals, he was quickly waived again via a failed physical due to a shoulder injury.

Since then, Finch has bounced around from team to team. He briefly spent time with the Raiders last summer before signing to the Bears’ practice squad. He stuck with the Jets for three games, recording one tackle, but was cut by the team this June. Finch reunited with the Titans in September, signing to their practice squad before being promoted to the 53 days later. He appeared in one game, logging five snaps on defense and another five on special teams, before being waived October 9th.

At Temple, Finch came on strong his final season with 7.5 sacks. He had 14.5 during his Owls’ career to go along with four forced fumbles and two interceptions. Listed at 6041, 251 pounds at his Pro Day, he ran a 4.65 40 with a 31-inch vertical and 9’9″ broad, average to below average numbers across the board. His best mark was a 7.00 three cone time. Pittsburgh had an unknown personnel member attend his Pro Day.

The Steelers are likely just updating their rolodex of available free agents if injuries strike later in the season. Pittsburgh has experienced high turnover at the EDGE position this season, beginning the year with Melvin Ingram as the team’s #3 while Cassius Marsh, Quincy Roche, and Jamir Jones competed for backup roles. All four of those players are now with other teams. The Steelers’ backups currently are Taco Charlton and Derrek Tuszka.