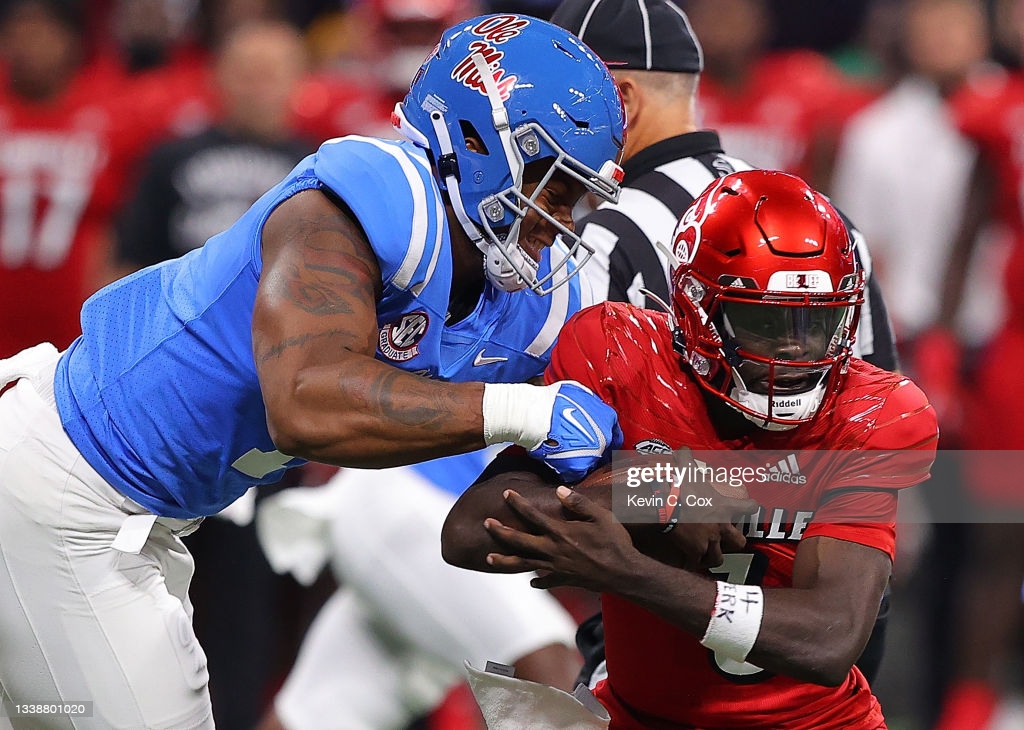 Following the slate of games on Saturday, we will be highlighting several college football prospects and their respective performances, as well as how they could be viewed going forward into the 2022 NFL Draft specifically by the Pittsburgh Steelers.

The Utes put a beatdown on the Stanford Cardinal Friday night to the tune of a 52-7. Defensively, the Utes shutdown the opposing offense with Devin Lloyd playing a big part of it. The 6’3″, 235 lb. junior finished his night with nine total tackles (five solo), one sack, one pass breakup and an interception returned for a TD. The INT came on a pass rush where Lloyd got his hands up in the passing lane, picked off the pass, and walked into the end zone. Currently sitting at 81 total stops, six sacks, five PBUs, and three INTs on the season, Lloyd is a long, athletic linebacker prospect that can pursue the ball and drop into coverage with this performance raising his draft stock.

I have mentioned Rambo in the past as a player to keep an eye on as an intriguing deep threat, and he put together a great performance in a 33-30 win over Georgia Tech. Rambo finished the game with seven receptions on ten targets for a whopping 210 yards (30 YPR) and a TD. He had a long of 60 yards on the day but consistently got behind the Yellow Jacket defense, picking up chunk gains down the field.  This marks Rambo’s third consecutive 100 -yard performance, as the 6’1″, 185 lb. junior wins with speed down the field as well as has the ability to win across the middle of the field and along the sideline.

Rambo may be seen as more of a Day 2 or Day 3 prospect, but his skillset and athletic traits make him an ideal #3 receiver with the upside of becoming a #2 that can stretch the field vertically for an offense. Given that Pittsburgh is in need of speed to make defenses respect them deep and the need to fill other pressing needs early in the draft, Rambo could be a classic Kevin Colbert mid-round wide receiver selection that isn’t drafted high, but comes in and produces quickly.

While both quarterbacks had a day in the 58-55 barnburner that resulted in a Tar Heel upset over #9 Wake Forest, RB Ty Chandler was the MVP for the Heels on the afternoon. The 6’0″, 210 lb. senior who transferred from Tennessee had his best performance of his career, turning 22 carries into 213 yards (9.7 YPC) and four TDs to go along with one reception for 30 yards. Having been more of a committee back as a Volunteer, Chandler carried the load for UNC in this one, breaking off long runs and ran with impressive power and contact balance for his frame, regularly bouncing off tacklers and fighting through contact to pick up extra yards.

A capable pass catcher, Chandler helped make his case as an NFL-caliber back in this one, having displayed his pass-catching chops at Tennessee as well as showing his ability to run behind his pads. He may be considered more of a Day 3 selection given his age and the fungibility of the position. But Chandler can wear a lot of hats and is a high-character player that will undoubtedly be able to wear multiple hats for an offense as a likely complimentary/committee back with potential for more.

While most of the scouts were in Oxford, Mississippi this afternoon to watch the quarterbacks duke it out, it was EDGE Sam Williams that put together a great performance in the 27-14 Rebel victory. Williams was in the backfield consistently against the Flames, recording eight total tackles and two sacks on QB Malik Willis. Williams broke the Ole Miss single-season sack record Saturday with 10.5 on the year, while still having three regular season games to play. The 6’4″, 265 lb. senior plays with phenomenal pursuit of the quarterback as a pass rusher. He combines his effort with his heavy hands and power at taking on blocks by OTs to regularly stack-and-shed blocks. Williams’ stock should continue to rise going forward as a dynamic pass rusher.

The Pitt Panthers were able to avenge the loss to Miami last week with a 54-29 win over Duke Saturday. QB Kenny Pickett put together another great performance, going 28/43 for 416 yards (65.1%) and three TDs while adding eight carries for 51 yards and a score on the ground. Pickett did a better job taking care of the football in this one and it showed, capitalizing on the poor Blue Devil pass defense and tore apart the secondary all afternoon. Pickett now boasts a 26-to-3 TD-to-INT ratio on the season along with another three rushing scores.

NFL Draft analyst Daniel Jeremiah compared Pickett to a more athletic version of Matt Hasselbeck watching the game, and I personally have floated around the comparison of Teddy Bridgewater with a little more zip on the football. I still remain skeptical as to whether Pickett can be that franchise QB at the next level, as the comparisons to Joe Burrow seem a little rich. However, based on his performance thus far this season, I do believe Pickett has the ability to start NFL games and be the guy who teeters between capable starter/high-end backup in the league before deep diving into the tape on him after the season.