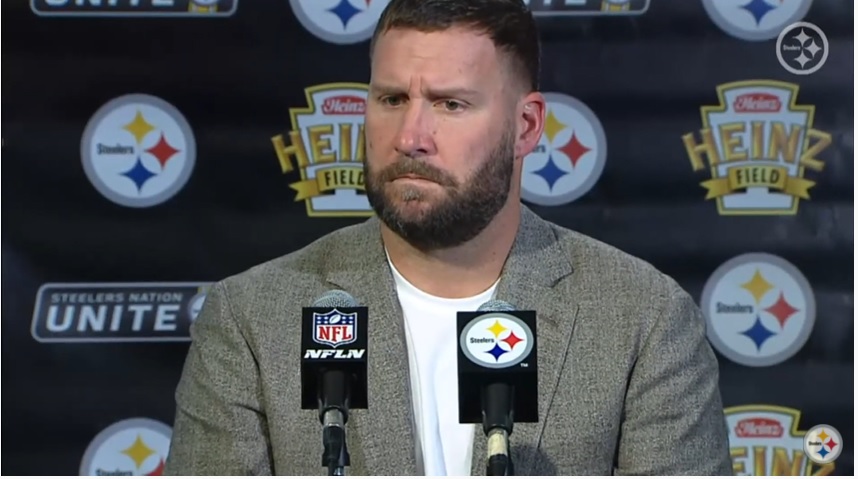 The Pittsburgh Steelers’ lackluster offense was one reason why the Chicago Bears managed to nearly complete their comeback Monday night. But Ben Roethlisberger and the Steelers’ offense were why that comeback was of the “nearly” variety. After the game, Roethlisberger praised the group for making plays when they mattered most.

“I thought on the last drive, everyone played well,” he said via the Steelers’ YouTube channel. “I know it can be frustrating for receives sometimes because stats aren’t there for anybody. But we’re winning the game. And when you need a play, guys step up and make plays. And they did that tonight.”

Roethlisberger threw for just 205 yards despite 30 attempts. Only one Steeler, Diontae Johnson, had more than 50 yards, and he and Pat Freiermuth were the only two with more than three catches. But Pittsburgh marched downfield for the game-winning field goal. Freiermuth had an important diving catch along the left sideline, while Johnson provided the big play, a 22-yard catch to get the Steelers into field goal range.

That’s been the story of the Steelers’ passing game. Last week against the Browns, Johnson had a clutch 50-yard catch and run to salt away the win. Monday night against the Bears, Freiermuth stepped up in the red zone with a pair of touchdowns. Red zone play was the difference in the game. Pittsburgh went 3-3, Chicago went 2-4.

In typical Steeler fashion, they made a game that shouldn’t have been close on paper closer than it should’ve been. That doesn’t completely fall on the offense. Ray-Ray McCloud had a costly fumble that may cost him his job while the defense gave up the touchdown that forced Roethlisberger and company to respond.

Pittsburgh is good enough to be a competitive team, especially when they establish a run game. But it’s fair to wonder how far this team can go if they’re scratching and clawing their ways to wins over teams like Chicago.

We’ll get our answer soon enough. After playing the Detroit Lions next Sunday, the Steelers’ schedule does them no favors the rest of the way. Still two meetings with Baltimore plus rematches versus Cleveland and Cincinnati. They’ll also face the surging Tennessee Titans, Kansas City Chiefs, and a road game against the Los Angeles Chargers.